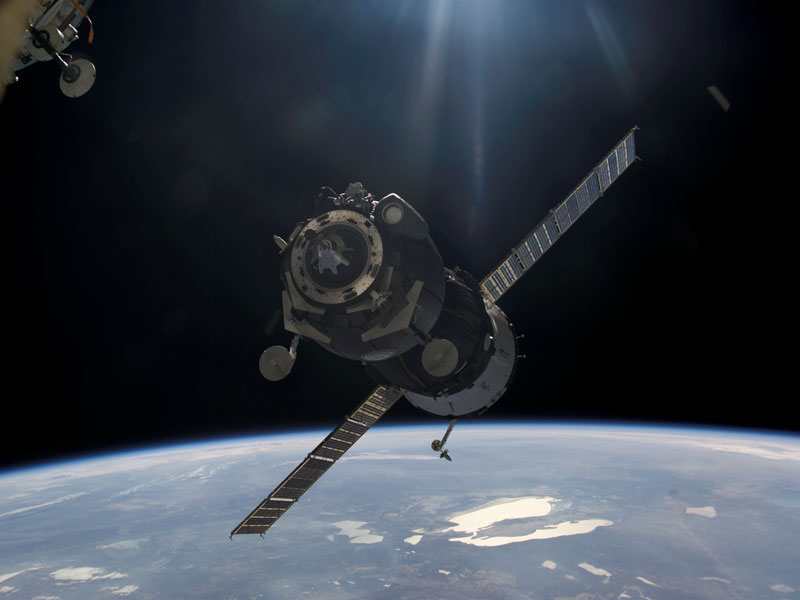 Explanation: Last month, a Soyuz TMA-7 spacecraft docked with the International Space Station. The spacecraft was launched a few days earlier from the Baikonur Cosmodrome in Kazakhstan. Pictured above, the approaching Soyuz spacecraft carried the new Expedition 12 crew to the Earth-orbiting International Space Station (ISS), as well as fee-paying spaceflight participant. The Expedition 12 crew is expected to stay on the ISS for about six months, while replacing the Expedition 11 crew who had been on the station for about six months themselves. About a week after this image was taken, the Expedition 11 crew returned to Earth in the Soyuz capsule, along with the spaceflight participant. The Expedition 12 crew will carry out repairs on the ISS, explore new methods of living in space, and conduct research in space including a kidney stone experiment.