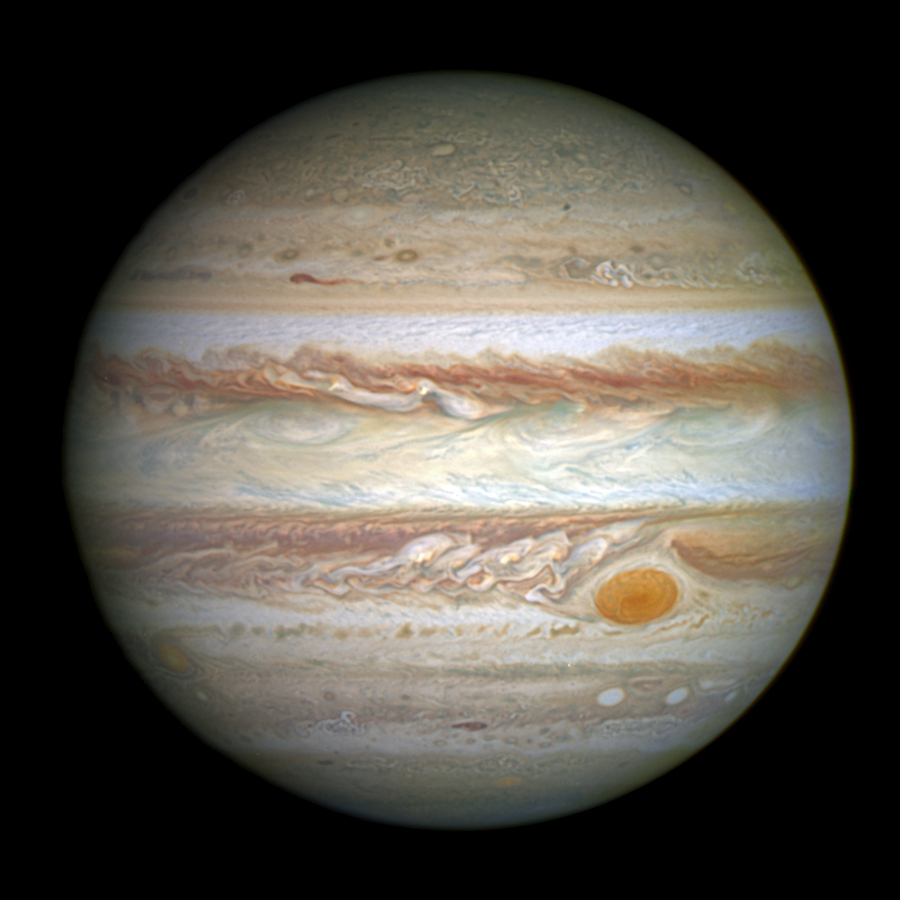 Explanation: Gas giant Jupiter is the solar system's largest world with about 320 times the mass of planet Earth. It's also known for a giant swirling storm system, the Great Red Spot, featured in this sharp Hubble image from April 21. Nestled between Jupiter-girdling cloud bands, the Great Red Spot itself could still easily swallow Earth, but lately it has been shrinking. The most recent Hubble observations measure the spot to be about 10,250 miles (16,500 kilometers) across. That's the smallest ever measured by Hubble and particularly dramatic when compared to 14,500 miles measured by the Voyager 1 and 2 flybys in 1979, and historic telescopic observations from the 1800s indicating a width of about 25,500 miles on its long axis. Current indications are that the rate of shrinking is increasing for the long-lived Great Red Spot.