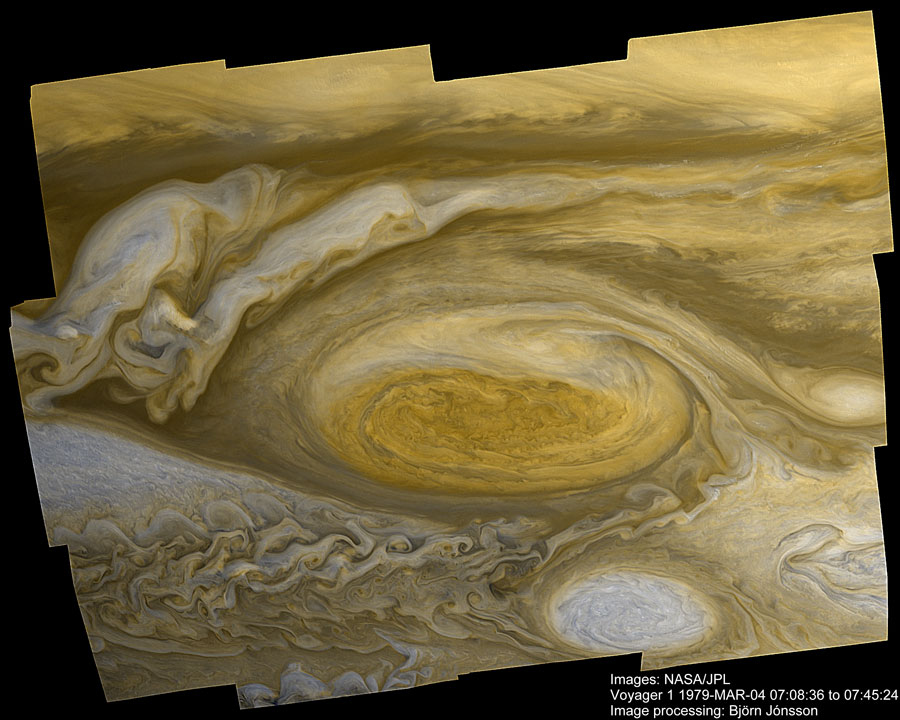 Explanation: It is a hurricane twice the size of the Earth. It has been raging at least as long as telescopes could see it, and shows no signs of slowing. It is Jupiter's Great Red Spot, the largest swirling storm system in the Solar System. Like most astronomical phenomena, the Great Red Spot was neither predicted nor immediately understood after its discovery. Still today, details of how and why the Great Red Spot changes its shape, size, and color remain mysterious. A better understanding of the weather on Jupiter may help contribute to the better understanding of weather here on Earth. The above image is a recently completed digital enhancement of an image of Jupiter taken in 1979 by the Voyager 1 spacecraft as it zoomed by the Solar System's largest planet. At about 117 AU from Earth, Voyager 1 is currently the most distant human made object in the universe and expected to leave the entire solar heliosheath any time now.