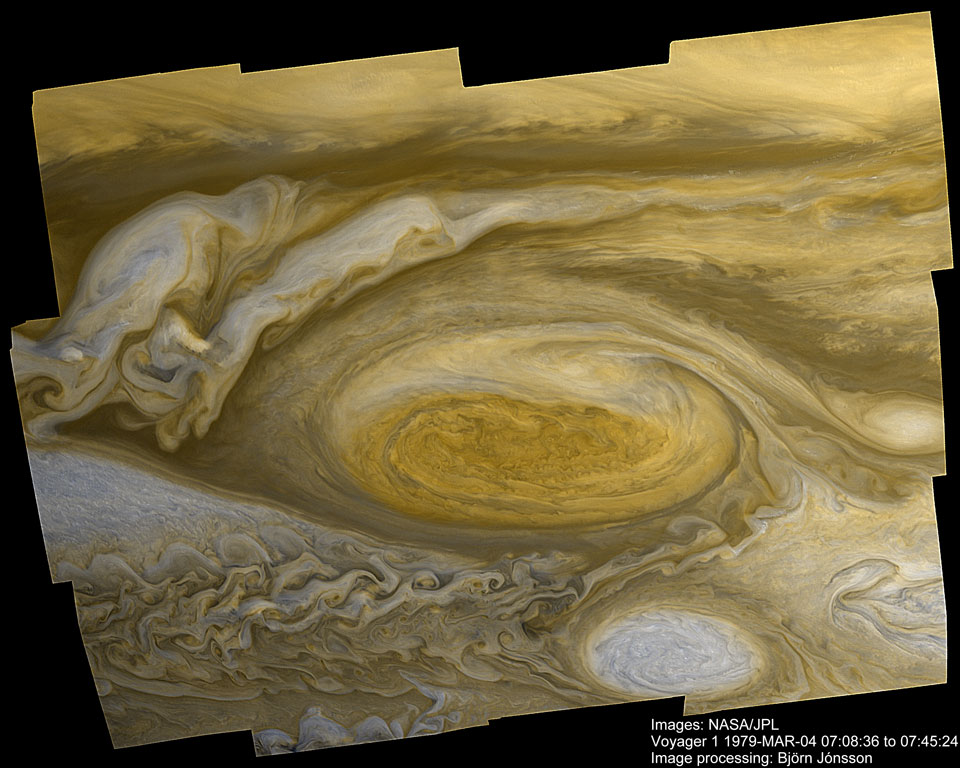 Explanation: What will become of Jupiter's Great Red Spot? Recorded as shrinking since the 1930s, the rate of the Great Red Spot's size appears to have accelerated just in the past few years. A hurricane larger than Earth, the Great Red Spot has been raging at least as long as telescopes could see it. Like most astronomical phenomena, the Great Red Spot was neither predicted nor immediately understood after its discovery. Although small eddies that feed into the storm system seem to play a role, a more full understanding of the gigantic storm cloud remains a topic of continued research, and may result in a better understanding of weather here on Earth. The above image is a digital enhancement of an image of Jupiter taken in 1979 by the Voyager 1 spacecraft as it zoomed by the Solar System's largest planet. NASA's Juno spacecraft is currently heading toward Jupiter and will arrive in 2016.