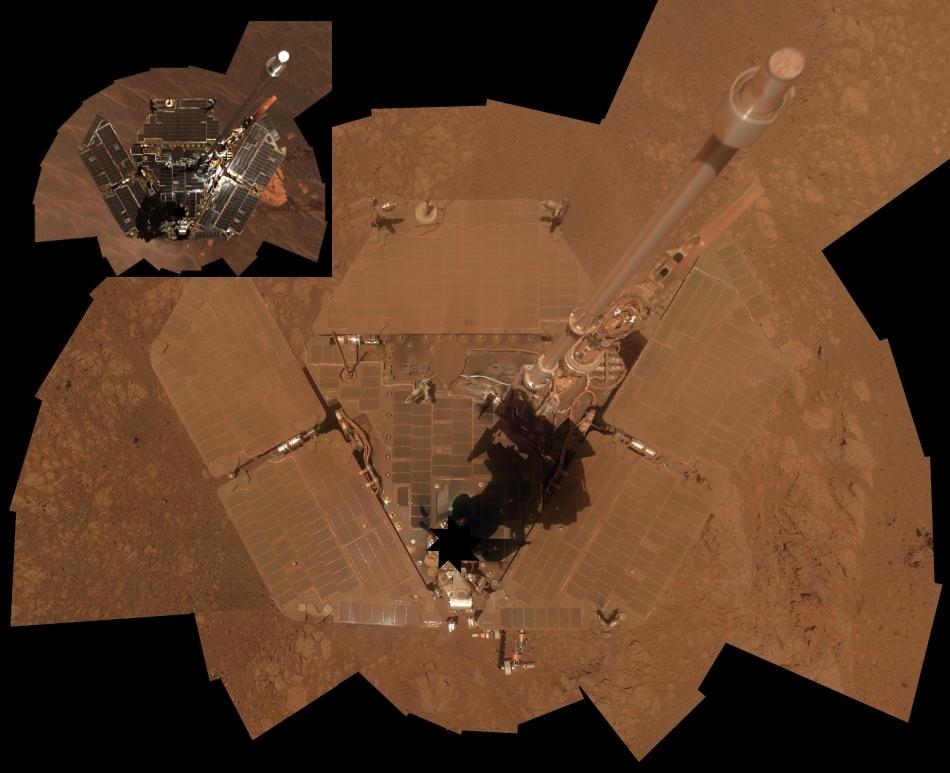 Explanation: On January 25 (UT) 2004, the Opportunity rover fell to Mars, making today the 10th anniversary of its landing. After more than 3,500 sols (Mars solar days) the golf cart-sized robot from Earth is still actively exploring the Red Planet, though its original mission plan was for three months. This self-portrait was made with Opportunity's panoramic camera earlier this month. The camera's supporting mast has been edited out of the image mosaic but its shadow is visible on the dusty solar panels arrayed across the rover's deck. For comparison, a similar self-portrait from late 2004 is shown in the inset. Having driven some 39 kilometers (24 miles) from its landing site, Opportunity now rests at Solander Point at the rim of Endeavour Crater.