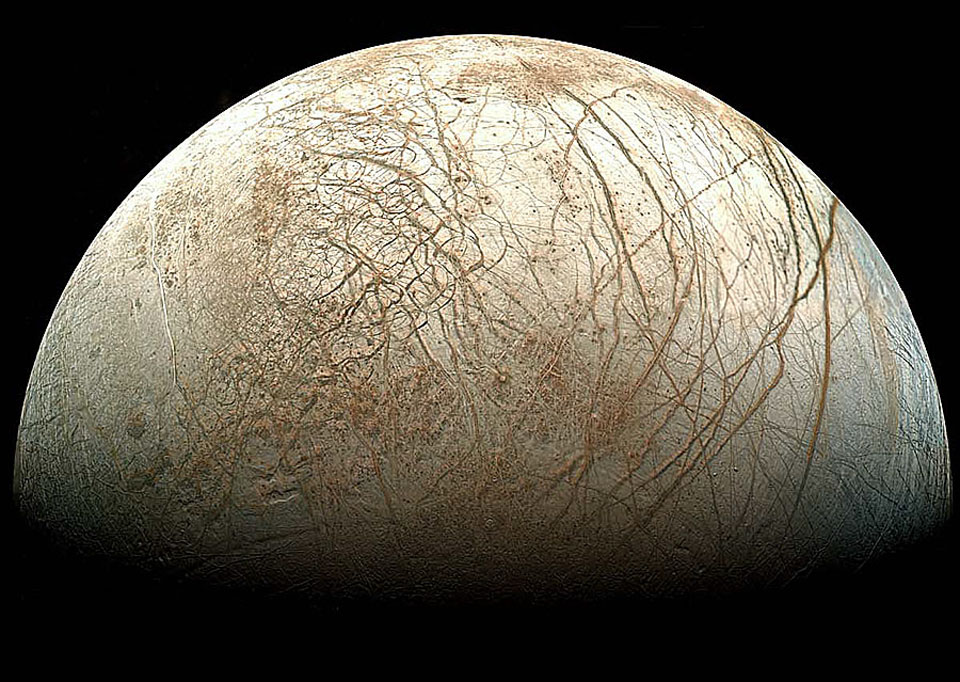 Explanation: Although the phase of this moon might appear familiar, the moon itself might not. In fact, this gibbous phase shows part of Jupiter's moon Europa. The robot spacecraft Galileo captured this image mosaic during its mission orbiting Jupiter from 1995 - 2003. Visible are plains of bright ice, cracks that run to the horizon, and dark patches that likely contain both ice and dirt. Raised terrain is particularly apparent near the terminator, where it casts shadows. Europa is nearly the same size as Earth's Moon, but much smoother, showing few highlands or large impact craters. Evidence and images from the Galileo spacecraft, indicated that liquid oceans might exist below the icy surface. To test speculation that these seas hold life, ESA has started preliminary development of the Jupiter Icy Moons Explorer (JUICE), a spacecraft proposed for launch around 2022 that would further explore Jupiter and in particular Europa. Recent observations by the Hubble Space Telescope have uncovered new evidence that Europa, like Saturn's moon Enceladus, has ice venting from its surface.