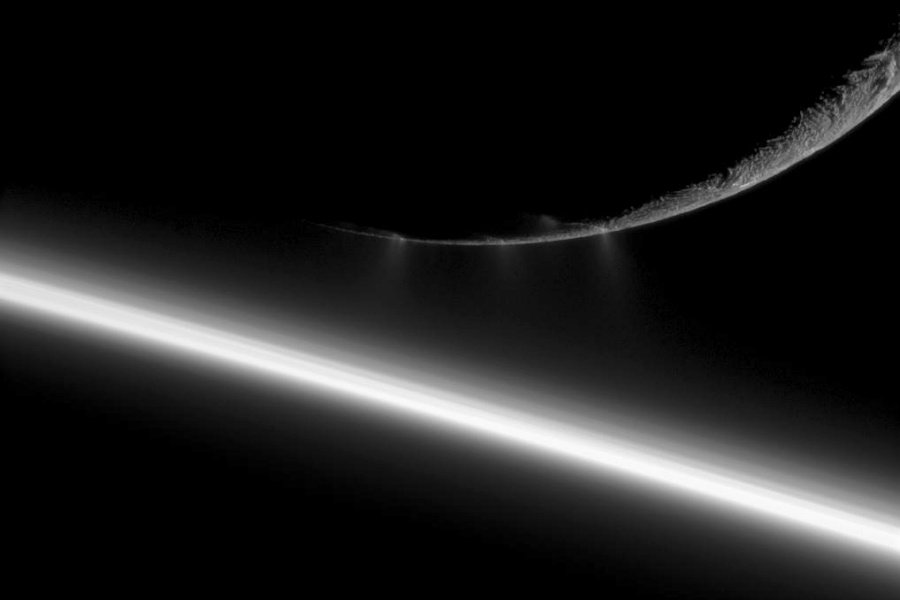 Explanation: A sunlit crescent of Saturn's moon Enceladus looms above the night side of Saturn in this dramatic image from the Cassini spacecraft. Captured on August 13, 2010 looking in a sunward direction during a flyby of the icy moon, the view also traces layers in the upper atmosphere of Saturn scattering sunlight along the planet's bright limb. Closer to the spacecraft than Saturn, Enceladus is a mere 60,000 kilometers from Cassini's camera. The south polar region of the 500 kilometer-diameter moon is illuminated, including plumes of water vapor and icy particles spraying above the long fissures in the moon's surface. The fissures have been dubbed tiger stripes. First discovered in Cassini images from 2005, the plumes are strong evidence that liquid water exists near the surface of surprisingly active Enceladus.