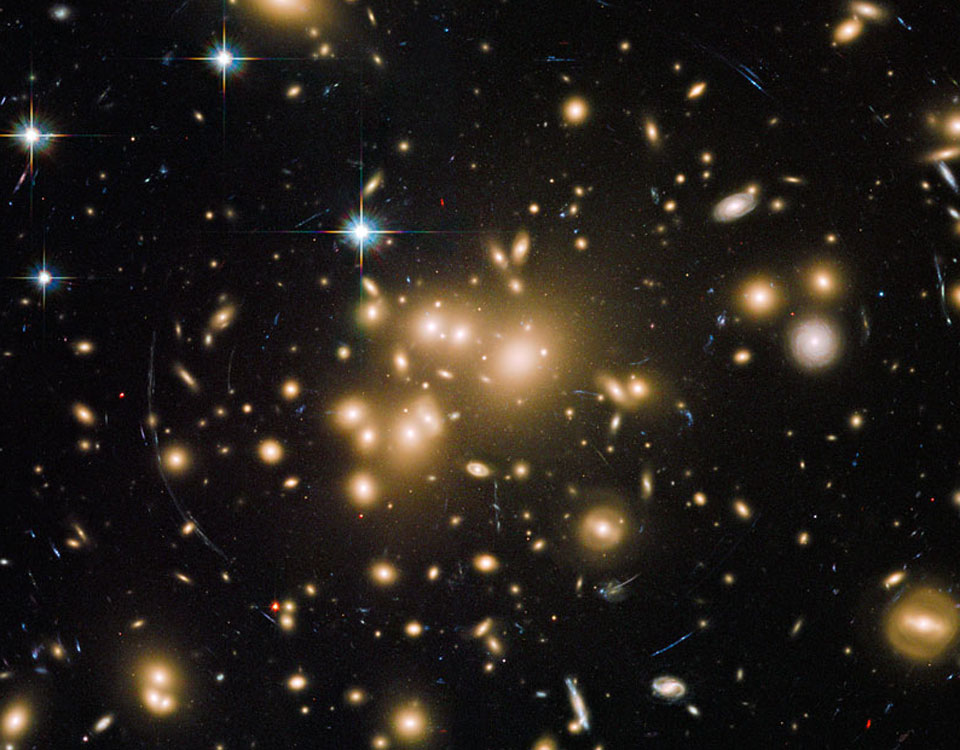 Explanation: It is one of the most massive objects in the visible universe. In this view from the Hubble Space Telescope's Advanced Camera for Surveys, Abell 1689 is seen to warp space as predicted by Einstein's theory of gravity -- deflecting light from individual galaxies which lie behind the cluster to produce multiple, curved images. The power of this enormous gravitational lens depends on its mass, but the visible matter, in the form of the cluster's yellowish galaxies, only accounts for about one percent of the mass needed to make the observed bluish arcing images of background galaxies. In fact, most of the gravitational mass required to warp space enough to explain this cosmic scale lensing is in the form of still mysterious dark matter. As the dominant source of Abell 1689's gravity, the dark matter's unseen presence is mapped out by the lensed arcs and distorted background galaxy images. Surprisingly, close inspection of the above image has revealed the presence of over 100,000 globular star clusters in the galaxy cluster.