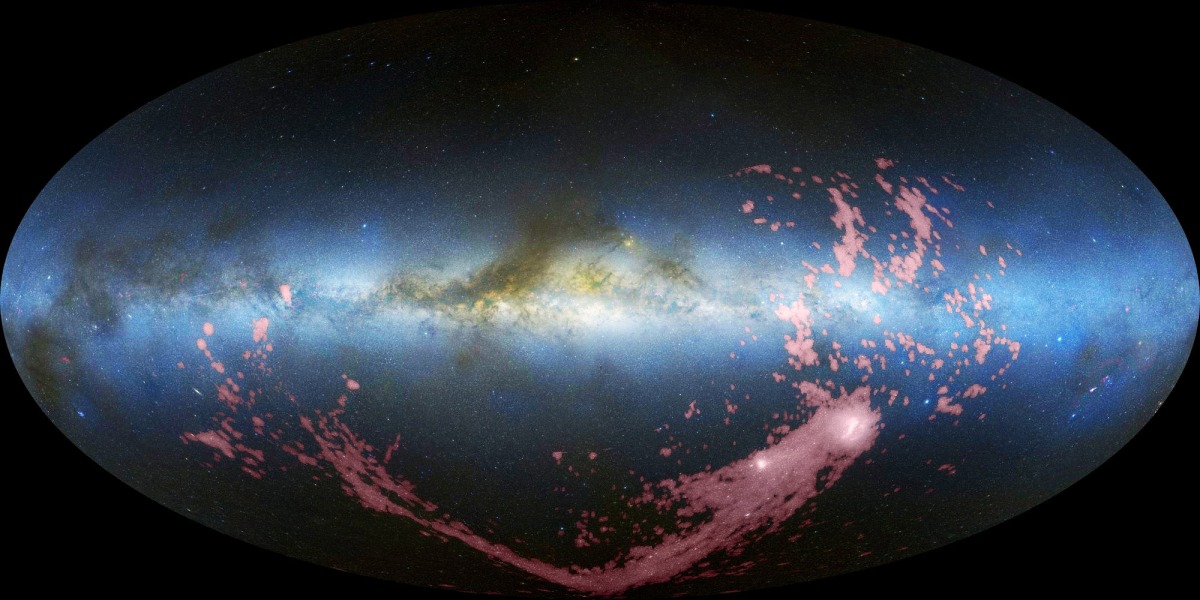 Explanation: In an astronomical version of the search for the source of the Nile, astronomers now have strong evidence for the origin of the Magellanic Stream. This composite image shows the long ribbon of gas, discovered at radio wavelengths in the 1970s, in pinkish hues against an optical all-sky view across the plane of our Milky Way galaxy. Both Large and Small Magellanic Clouds, dwarf satellite galaxies of the the Milky Way, are seen near the head of the stream at the right. Data from Hubble's Cosmic Origins Spectrograph were used to explore abundances of elements along sightlines to quasars that intersect the stream. The results indicate that most of the stream's material comes from the Small Magellanic Cloud. The Magellanic Stream is likely the result of gravitational tidal interactions between the two dwarf galaxies some 2 billion years ago, the Small Magellanic Cloud losing more material in the encounter because of its lower mass.