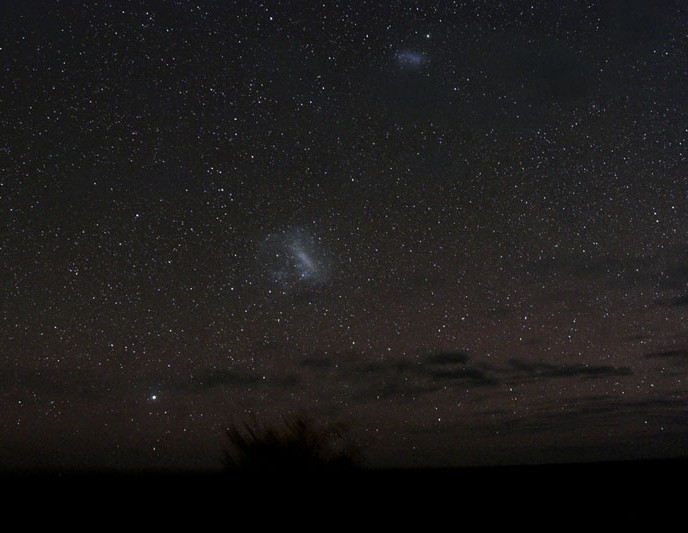 Explanation: This early morning skyscape recorded near Winton, Queensland, Australia, looks toward the southeast. Low clouds are seen in silhouette against the first hints of sunlight, while two famous cosmic clouds, the Clouds of Magellan, also hover in the brightening sky. The Small Magellanic Cloud (SMC, upper right), and the Large Magellanic Cloud (LMC) are prominent wonders of the southern sky, named for the 16th century Portuguese explorer Ferdinand Magellan. They are small, irregular galaxies in their own right, satellites of our much larger, spiral Milky Way galaxy. The SMC is about 210,000 light-years and the LMC about 180,000 light-years away. At lower left, bright star Canopus (Alpha Carinae), denizen of the Milky Way, is a mere 310 light-years distant.