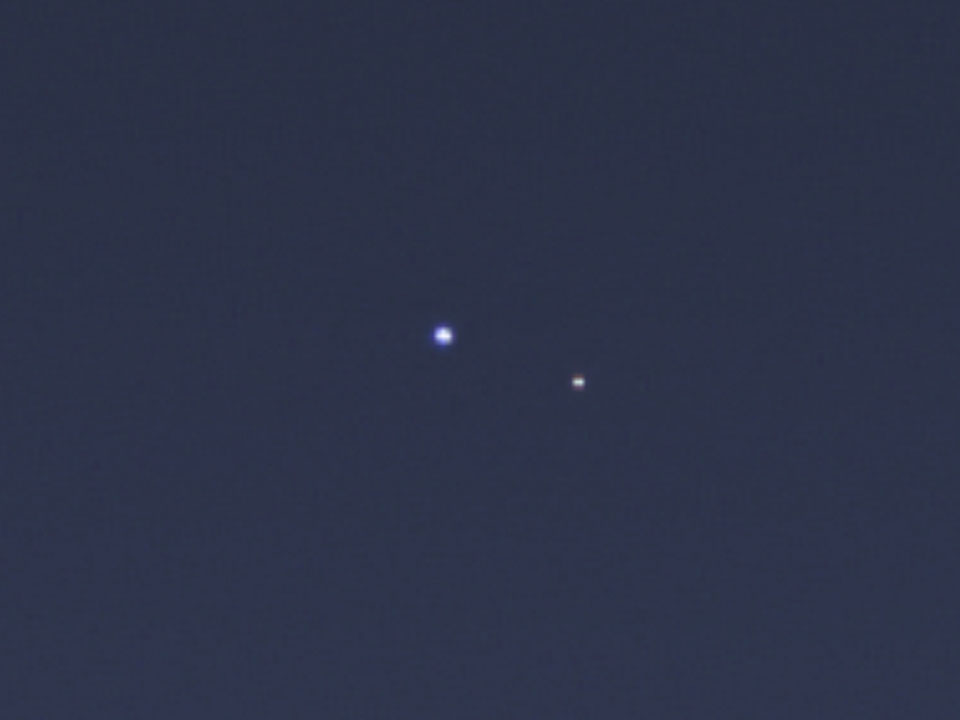 Explanation: You are here. Everyone you've ever known is here. Every human who has ever lived -- is here. Pictured above is the Earth-Moon system as captured by the Cassini mission orbiting Saturn in the outer Solar System. Earth is the brighter and bluer of the two spots near the center, while the Moon is visible to its lower right. Images of Earth from Saturn were taken on Friday. Quickly released unprocessed images were released Saturday showing several streaks that are not stars but rather cosmic rays that struck the digital camera while it was taking the image. The above processed image was released earlier today. At nearly the same time, many humans on Earth were snapping their own pictures of Saturn.