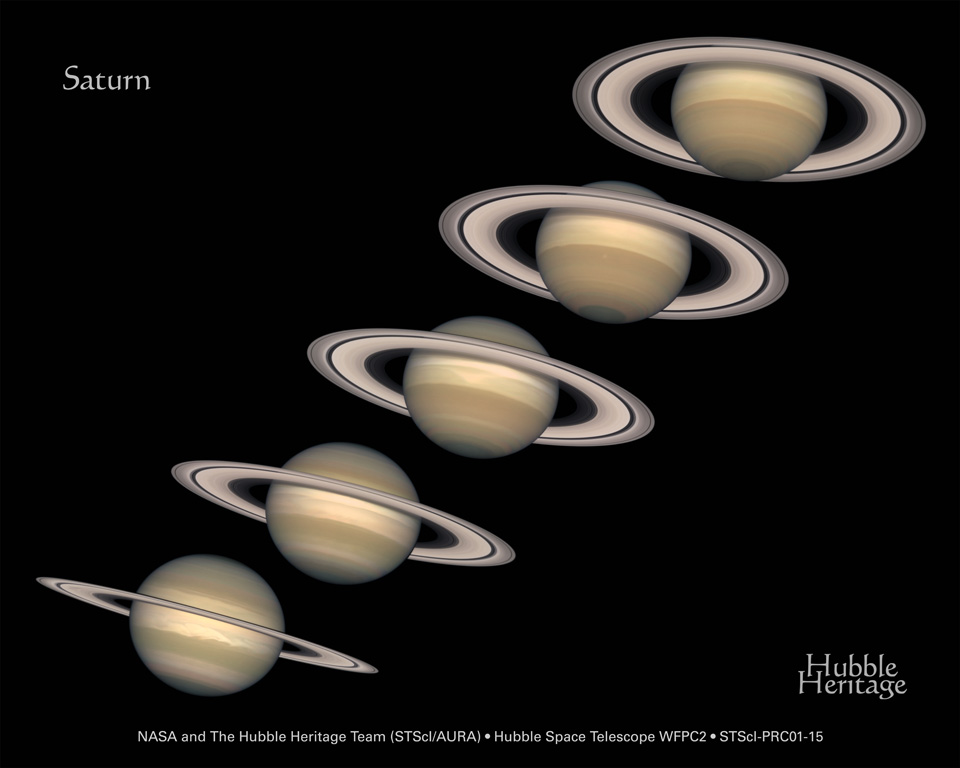 Explanation: Since Saturn's axis is tilted as it orbits the Sun, Saturn has seasons, like those of planet Earth ... but Saturn's seasons last for over seven years. So what season is it on Saturn now? Orbiting the equator, the tilt of the rings of Saturn provides quite a graphic seasonal display. Each year until 2016, Saturn's rings will be increasingly apparent after appearing nearly edge-on in 2009. The ringed planet is also well placed in evening skies providing a grand view as summer comes to Saturn's northern hemisphere and winter to the south. The Hubble Space Telescope took the above sequence of images about a year apart, starting on the left in 1996 and ending on the right in 2000. Although they look solid, Saturn's Rings are likely less than 50 meters thick and consist of individually orbiting bits of ice and rock ranging in size from grains of sand to barn-sized boulders.