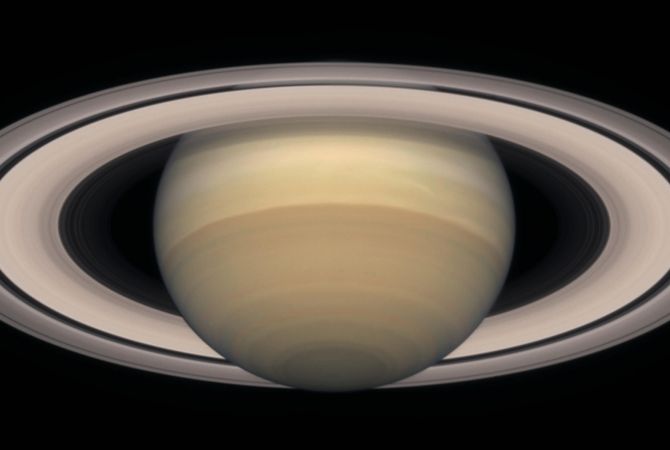 Explanation: Born on today's date in 1564, Galileo used a telescope to explore the Solar System. In 1610, he became the first to be amazed by Saturn's rings. After nearly 400 years, Saturn's magnificent rings still offer one of the most stunning astronomical sights. Uniquely bright compared to the rings of the other gas giants, Saturn's ring system is around 250,000 kilometers wide but in places only a few tens of meters thick. Modern astronomers believe the rings are perhaps only a hundred million years young. But accumulating dust and dynamically interacting with Saturn's moons, the rings may eventually darken and sag toward the gas giant, losing their lustre over the next few hundred million years. Since Galileo, astronomers have subjected the entrancing rings to intense scrutiny to unlock their secrets. Still mesmerized, some will take advantage of next week's (February 20th) favorable lunar occultation of Saturn to search for evidence of ring material outside the well known boundaries of the ring system. The presence of such a "lost" ring of Saturn was first hinted at in reports dating back to the early 20th century.