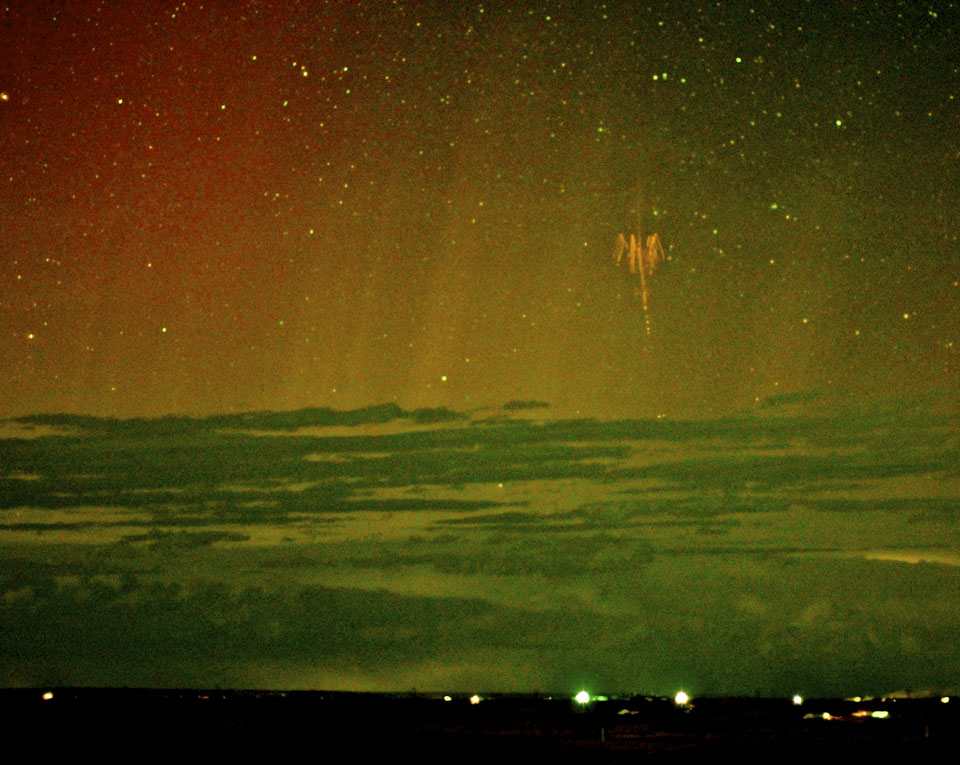 Explanation: What's that in the sky? It is a rarely seen form of lightning confirmed only about 25 years ago: a red sprite. Recent research has shown that following a powerful positive cloud-to-ground lightning strike, red sprites may start as 100-meter balls of ionized air that shoot down from about 80-km high at 10 percent the speed of light and are quickly followed by a group of upward streaking ionized balls. The above image, taken a few days ago above central South Dakota, USA, captured a bright red sprite, and is a candidate for the first color image ever recorded of a sprite and aurora together. Distant storm clouds cross the bottom of the image, while streaks of colorful aurora are visible in the background. Red sprites take only a fraction of a second to occur and are best seen when powerful thunderstorms are visible from the side.