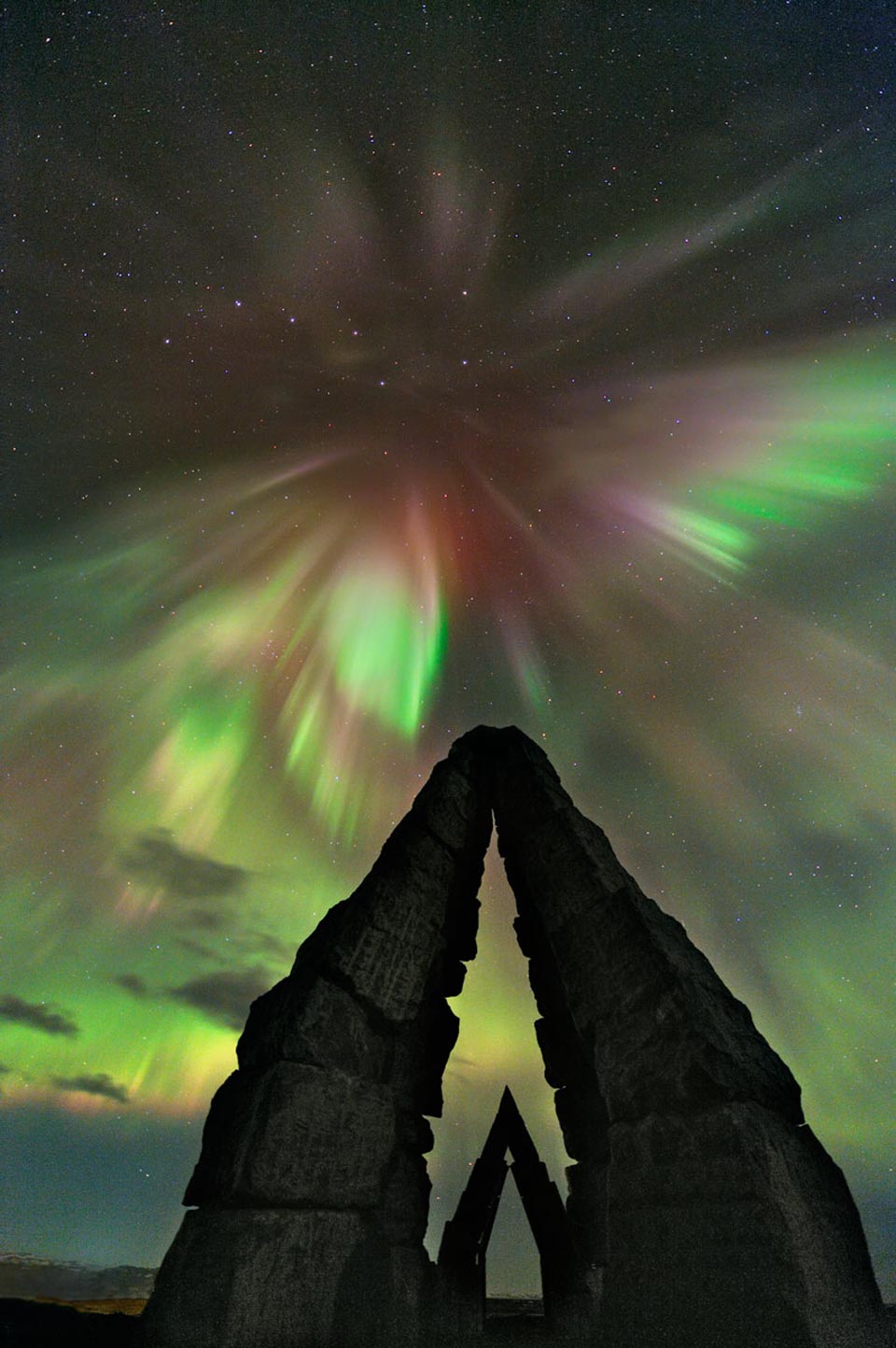 Explanation: It was all lined up even without the colorful aurora exploding overhead. If you follow the apex line of the recently deployed monuments of Arctic Henge in Raufarhöfn in northern Iceland from this vantage point, you will see that they point due north. A good way to tell is to follow their apex line to the line connecting the end stars of the Big Dipper, Merak and Dubhe, toward Polaris, the bright star near the north spin axis of the Earth projected onto the sky. By design, from this vantage point, this same apex line will also point directly at the midnight sun at its highest point in the sky just during the summer solstice of Earth's northern hemisphere. In other words, the Sun will not set at Arctic Henge during the summer solstice in late June, and at its highest point in the sky it will appear just above the aligned vertices of this modern monument. The above image was taken in late March during a beautiful auroral storm.