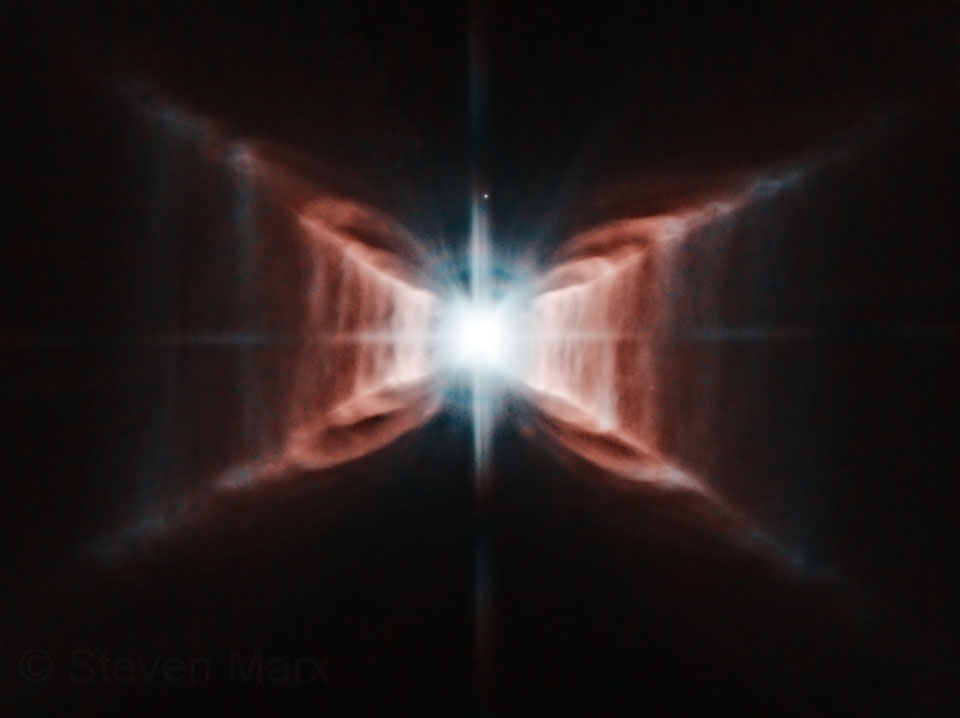 Explanation: How was the unusual Red Rectangle nebula created? At the nebula's center is an aging binary star system that surely powers the nebula but does not, as yet, explain its colors. The unusual shape of the Red Rectangle is likely due to a thick dust torus which pinches the otherwise spherical outflow into tip-touching cone shapes. Because we view the torus edge-on, the boundary edges of the cone shapes seem to form an X. The distinct rungs suggest the outflow occurs in fits and starts. The unusual colors of the nebula are less well understood, however, and speculation holds that they are partly provided by hydrocarbon molecules that may actually be building blocks for organic life. The Red Rectangle nebula lies about 2,300 light years away towards the constellation of the Unicorn (Monoceros). The nebula is shown above in great detail as recently reprocessed image from Hubble Space Telescope. In a few million years, as one of the central stars becomes further depleted of nuclear fuel, the Red Rectangle nebula will likely bloom into a planetary nebula.