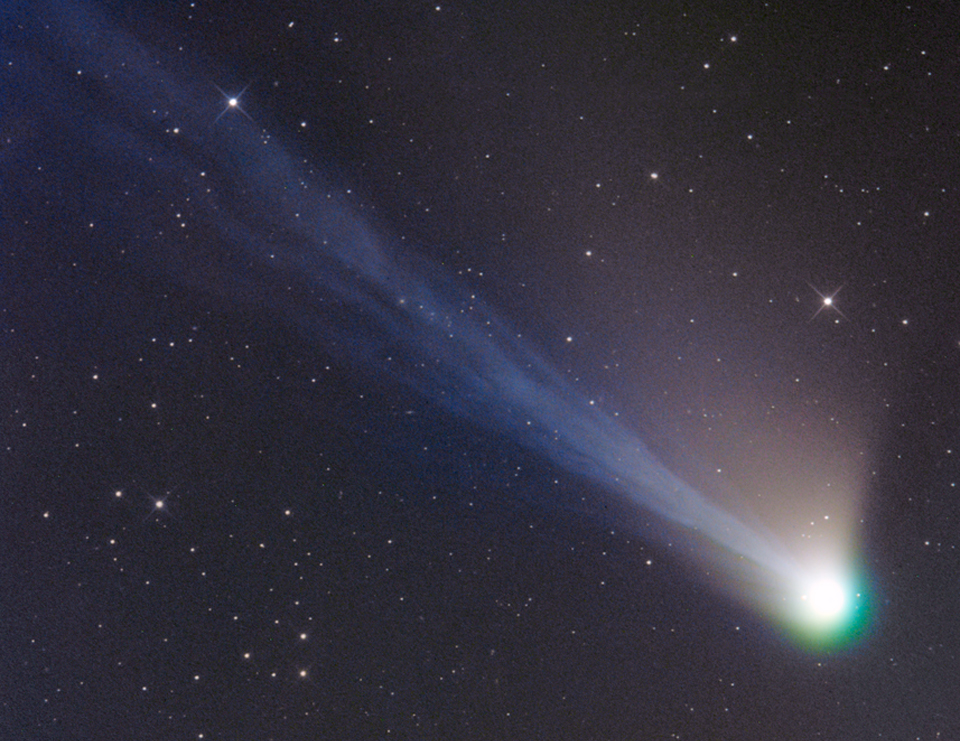 Explanation: What caused the interestingly intricate tails that Comet Lemmon displayed earlier this year? First of all, just about every comet that nears the Sun displays two tails: a dust tail and an ion tail. Comet Lemmon's dust tail, visible above and around the comet nucleus in off-white, is produced by sun-light reflecting dust shed by the comet's heated nucleus. Flowing and more sculptured, however, is C/2012 F6 (Lemmon)'s blue ion tail, created by the solar wind pushing ions expelled by the nucleus away from the Sun. Also of note is the coma seen surrounding Comet Lemmon's nucleus, tinted green by diatomic C2 gas fluorescing in sunlight. The above image was taken from the dark skies of Namibia in mid-April. Comet Lemmon is fading as it now heads back to the outer Solar System.