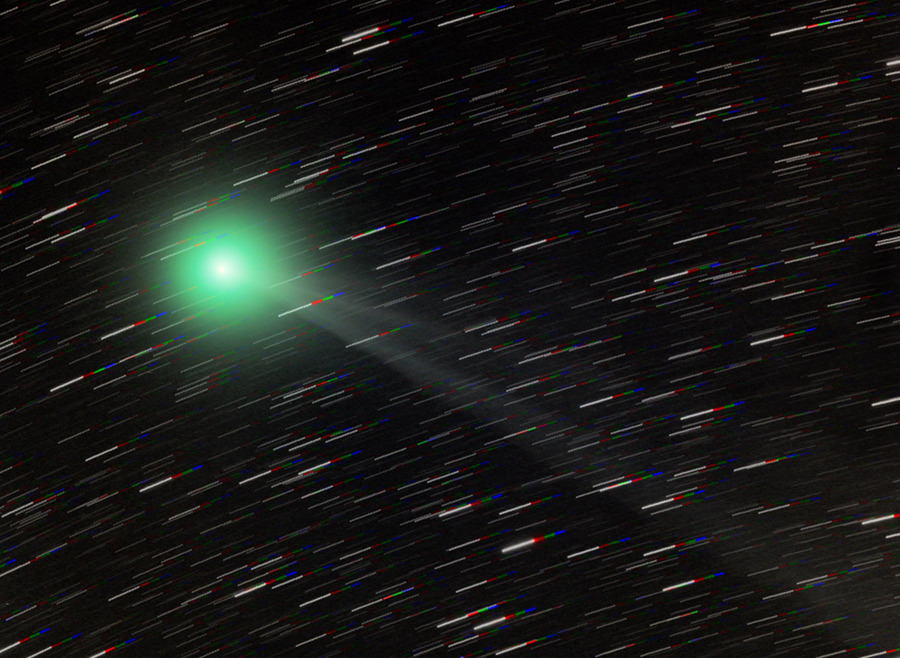 Explanation: Currently sweeping through southern skies, Comet Lemmon (C/2012 F6) was named for its discovery last year as part of the Mount Lemmon (Arizona) Survey. Brighter than expected but still just below naked-eye visibility, Comet Lemmon sports a stunning lime green coma and faint divided tail in this telescopic image from February 4. The greenish tint comes from the coma's diatomic C2 gas fluorescing in sunlight. Captured from an observatory near Sydney, Australia, the color composite is constructed from a series of individual exposures registered on the comet. Across the 1 degree wide field of view, the star trails are a consequence of the comet's relatively rapid motion against the background of stars near the South Celestial Pole. Moving north, the comet should grow brighter, reaching a peak (3rd magnitude or so) when it is closest to the Sun in late March. By early April it should be visible from the northern hemisphere. Of course, this year Comet Lemmon may be just another pretty comet as skygazers on planet Earth also eagerly anticipate views of Comet PANSTARRS and Comet ISON.