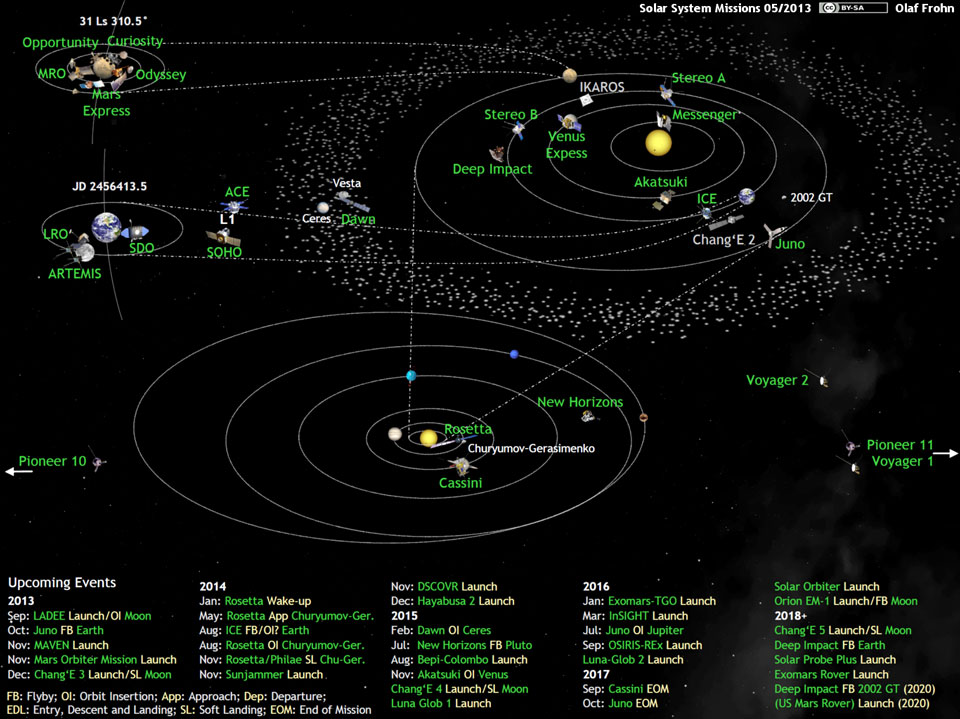 Explanation: What spacecraft is humanity currently using to explore our Solar System? Presently, every inner planet has at least one robotic explorer, while several others are monitoring our Sun, some are mapping Earth's Moon, a few are chasing asteroids and comets, one is orbiting Saturn, and several are even heading out into deep space. The above illustration gives more details, with the inner Solar System depicted on the upper right and the outer Solar System on the lower left. Given the present armada, our current epoch might become known as the time when humanity first probed its own star system. Sometimes widely separated spacecraft act together as an InterPlanetary Network to determine the direction of distant explosions by noting when each probe detects high energy photons. Future spacecraft milestones, as indicated along the bottom of the graphic, include Dawn reaching Ceres, the largest object in the asteroid belt, and New Horizons reaching Pluto, both in 2015.