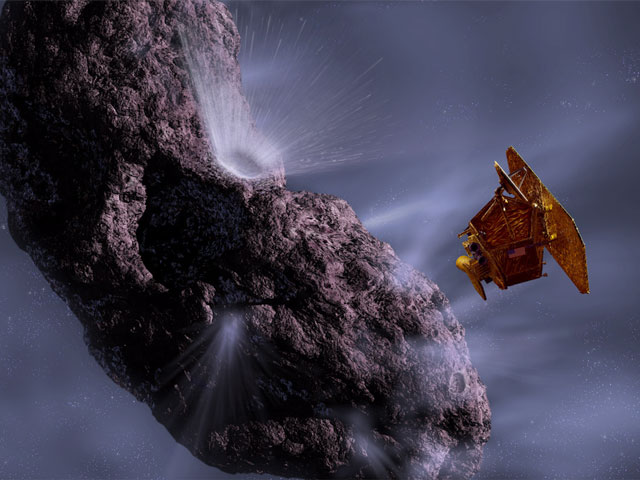 Explanation: What happens when you crash into a comet? That was a question considered by astronomers when they designed the Deep Impact mission, launched in January. This coming July 4, the Deep Impact spaceship will reach its target - Comet Tempel 1 -- and release an impactor over five times the mass of a person toward its surface. The mothership will photograph the result. The remaining crater may tell how Tempel 1 is constructed. If, for example, Comet Tempel 1 is an extremely loose pile of debris, the impactor may leave little or no discernable crater. On the other hand, if the comet's surface is relatively firm, the impactor's ripple may leave quite a large crater. A contest is even being held to predict the size of the resulting crater. Pictured above is an artist's impression of the initial encounter between the spacecraft and the comet.