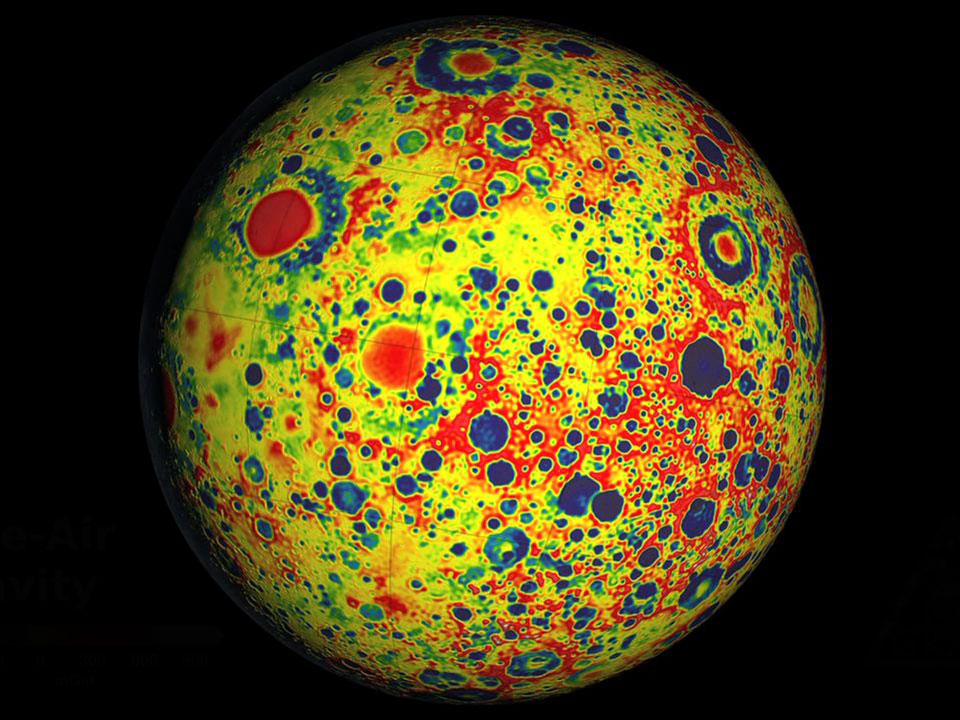 Explanation: How did the Moon form? To help find out, NASA launched the twin Gravity Recovery and Interior Laboratory (GRAIL) satellites in 2011 to orbit and map the Moon's surface gravity in unprecedented detail. Pictured above is a resulting GRAIL gravity map, with regions of slightly lighter gravity shown in blue and regions of slightly stronger gravity shown in red. Analysis of GRAIL data indicates that the moon has an unexpectedly shallow crust than runs about 40 kilometers deep, and an overall composition similar to the Earth. Although other surprising structures have been discovered that will continue to be investigated, the results generally bolster the hypothesis that the Moon formed mostly from Earth material following a tremendous collision in the early years of our Solar System, about 4.5 billion years ago. After completing their mission and running low on fuel, the two GRAIL satellites, Ebb and Flow, were crashed into a lunar mountain at about 6,000 kilometer per hour.