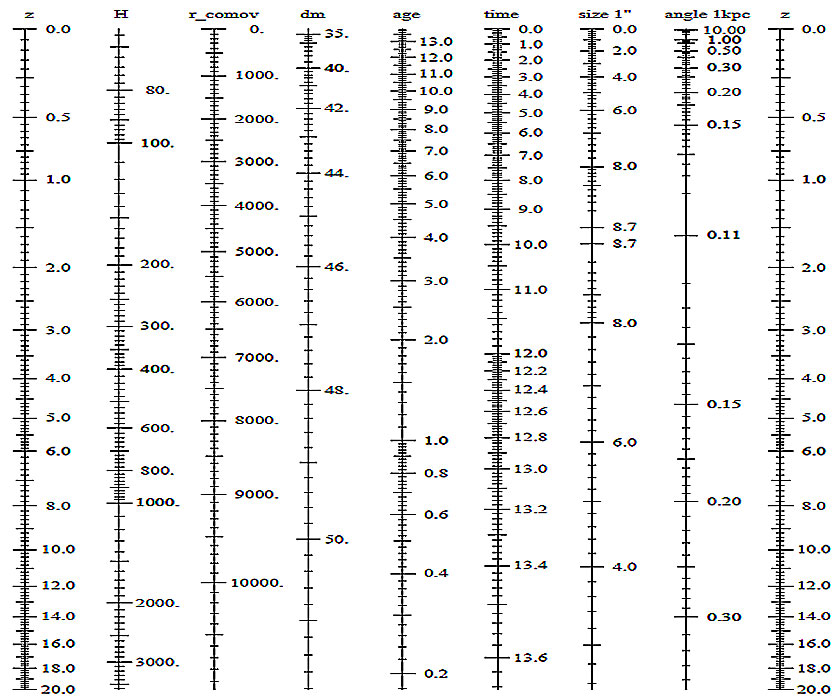 Explanation: How far away is "redshift six"? Although humans are inherently familiar with distance and time, what is actually measured for astronomical objects is redshift, a color displacement that depends on exactly how energy density has evolved in our universe. Now since cosmological measurements in recent years have led to a concordance on what energy forms pervade our universe, it is now possible to make a simple table relating observed cosmological redshift, labeled "z", with standard concepts of distance and time, including the extrapolated time since the universe began. One such table is listed above, where redshift z is listed in the first and last columns, while the corresponding universe age in billions of years is listed in the central column. To find the meaning of the rest of the columns, please read the accompanying technical paper. Although stars in our galaxy are effectively at cosmological redshift zero, the most distant supernovae seen occur out past redshift one, which the above chart shows occurred when the universe was approximately half its present age. By contrast, the most distant gamma-ray bursts yet observed occur out past redshift six, occurring when the universe was younger than one billion years old, less than 10 percent of its present age.