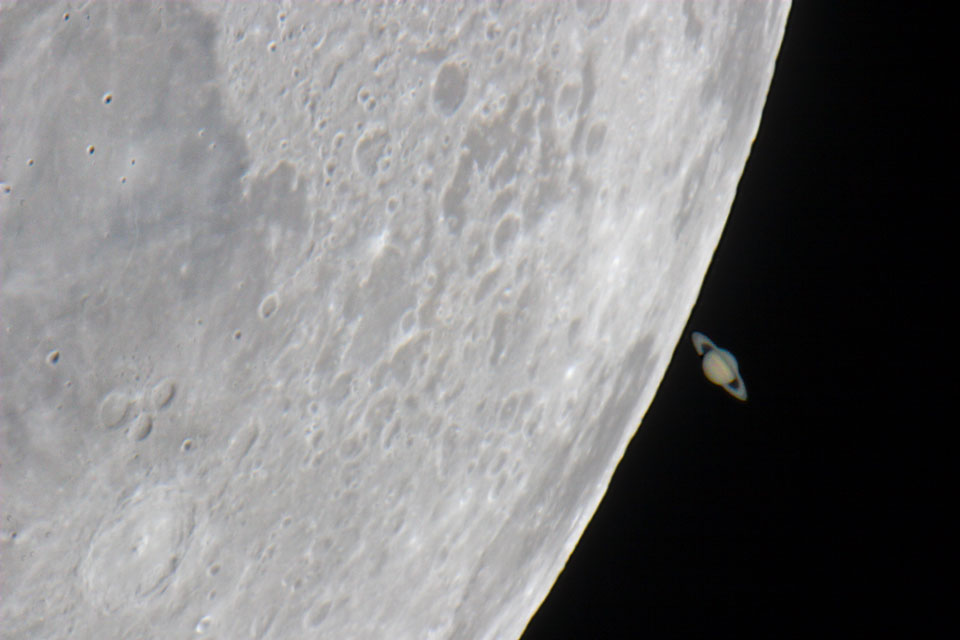 Explanation: Just days after sharing the western evening sky with Venus in 2007, the Moon moved on to Saturn - actually passing in front of the ringed planet Saturn when viewed in skies over Europe, northern Africa, and western Asia. Because the Moon and bright planets wander through the sky near the ecliptic plane, such occultation events are not uncommon, but they are dramatic, especially in telescopic views. For example, in this sharp image Saturn is captured emerging from behind the Moon, giving the illusion that it lies just beyond the Moon's bright edge. Of course, the Moon is a mere 400 thousand kilometers away, compared to Saturn's distance of 1.4 billion kilometers. Taken with a digital camera and 20 inch diameter telescope at the Weikersheim Observatory in southern Germany, the picture is a single exposure adjusted to reduce the difference in brightness between Saturn and the cratered lunar surface.