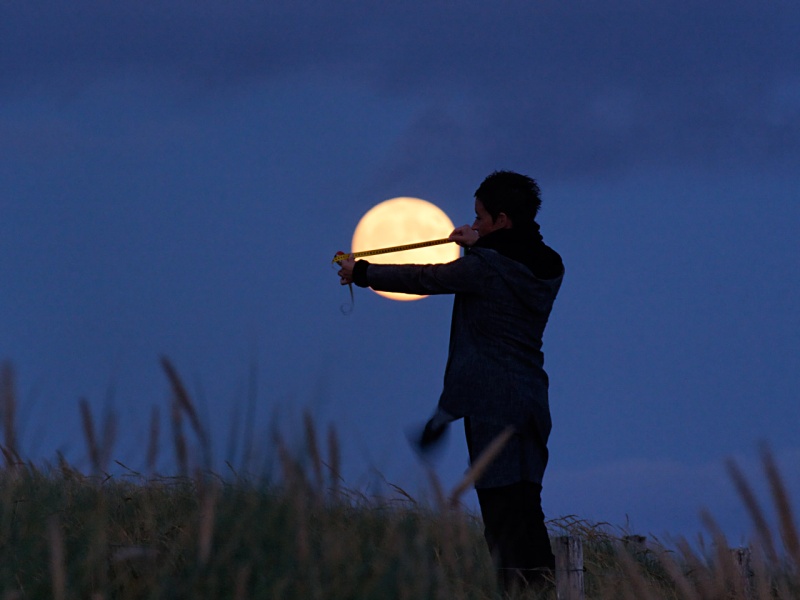 Explanation: The Moon's measured diameter is around 3,476 kilometers (2,160 miles). But apparent angular size, or the angle covered by an object, can also be important to Moon enthusiasts. Angular size depends on distance, the farther away an object is, the smaller an angle it covers. Since the Moon is 400,000 kilometers away, its angular size is only about 1/2 degree, a span easily covered by the tip of your finger held at arms length, or a measuring tape held in the distance by a friend. Of course the Sun is much larger than the Moon, 400 times larger in fact, but today the New Moon will just cover the Sun. The total solar eclipse can be seen along a track across northern Canada, the Arctic, Siberia, and northern China. (A partial eclipse is visible from a broader region). Solar eclipses illustrate the happy coincidence that while the Sun is 400 times the diameter of the Moon, it is also 400 times farther away giving the Sun and Moon exactly the same angular size.