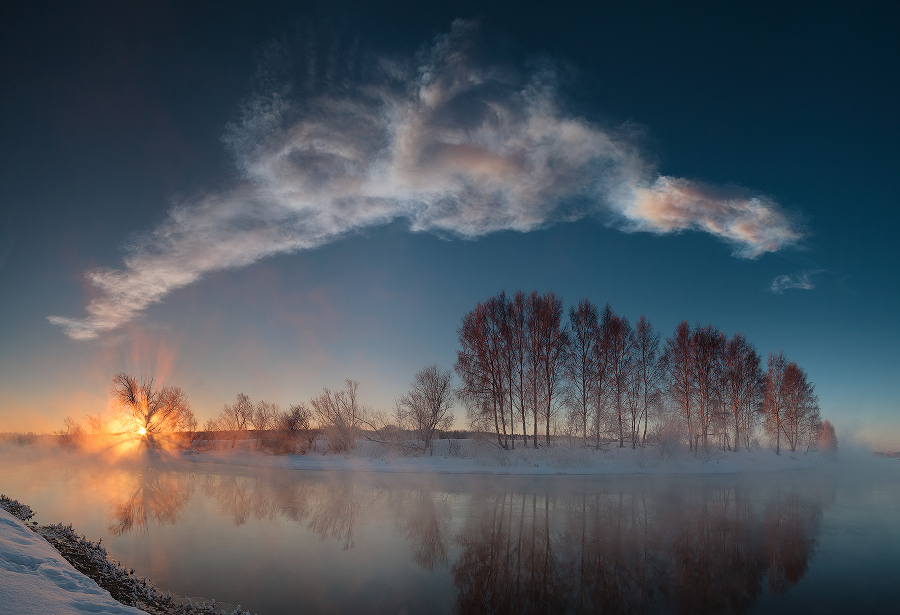 Explanation: Each day on planet Earth can have a serene beginning at sunrise as the sky gently grows bright over a golden eastern horizon. This sunrise panorama seems to show such a moment on the winter morning of February 15. In the mist, a calm, mirror-like stretch of the Miass River flows through the foreground along a frosty landscape near Chelyabinsk, Russia. But the long cloud wafting through the blue sky above is the evolving persistent train of the Chelyabinsk Meteor. The vapor trail was left by the space rock that exploded over the city only 18 minutes earlier, causing extensive damage and injuring over 1,000 people. A well-documented event, the numerous webcam and dashcam video captures from the region soon contributed to a reconstruction of the meteor's trajectory and an initial orbit determination. Preliminary findings indicate the parent meteoriod belonged to the Apollo class of Earth crossing asteroids.