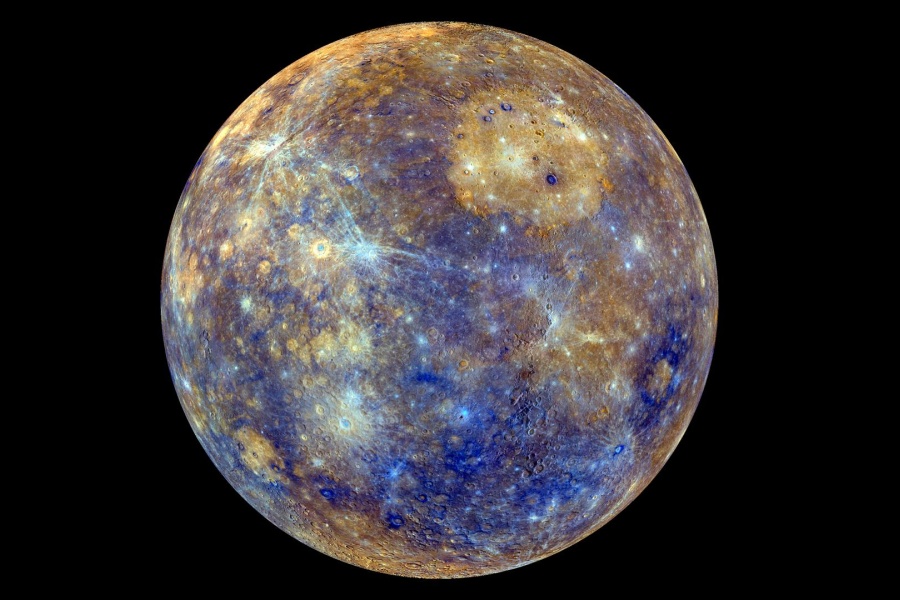 Explanation: The colors of the solar system's innermost planet are enhanced in this tantalizing view, based on global image data from the Mercury-orbiting MESSENGER spacecraft. Human eyes would not discern the clear color differences but they are real none the less, indicating distinct chemical, mineralogical, and physical regions across the cratered surface. Notable at the upper right, Mercury's large, circular, tan colored feature known as the Caloris basin was created by an impacting comet or asteroid during the solar system's early years. The ancient basin was subsequently flooded with lava from volcanic activity, analogous to the formation of the lunar maria. Color contrasts also make the light blue and white young crater rays, material blasted out by recent impacts, easy to follow as they extend across a darker blue, low reflectance terrain.