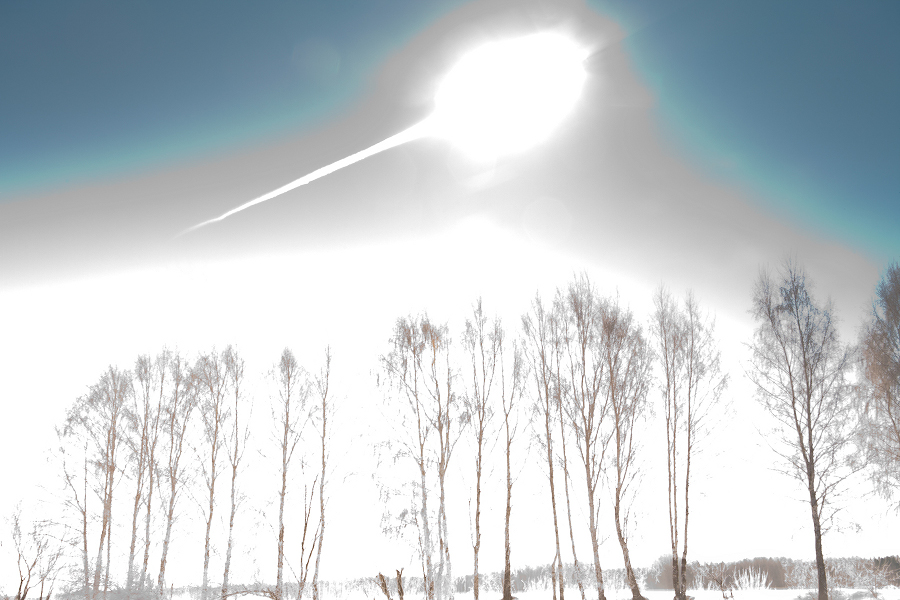 Explanation: A meteoroid fell to Earth on February 15, streaking some 20 to 30 kilometers above the city of Chelyabinsk, Russia at 9:20am local time. Initially traveling at about 20 kilometers per second, its explosive deceleration after impact with the lower atmosphere created a flash brighter than the Sun. This picture of the brilliant bolide (and others of its persistent trail) was captured by photographer Marat Ametvaleev, surprised during his morning sunrise session creating panoramic images of the nearby frosty landscape. An estimated 500 kilotons of energy was released by the explosion of the 17 meter wide space rock with a mass of 7,000 to 10,000 tons. Actually expected to occur on average once every 100 years, the magnitude of the Chelyabinsk event is the largest known since the Tunguska impact in 1908.