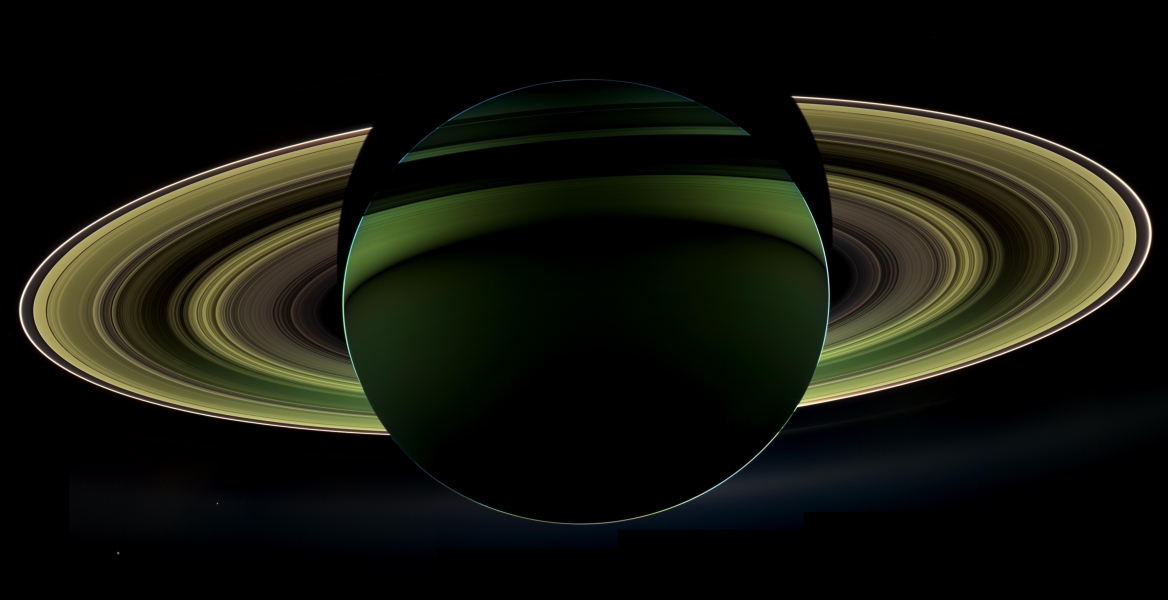 Explanation: Splendors seldom seen are revealed in this glorious picture from Saturn's shadow. Imaged by Cassini on October 17, 2012 during its 174th orbit, the ringed planet's night side is viewed from a perspective 19 degrees below the ring plane at a distance of about 800,000 kilometers with the Sun almost directly behind the planet. A 60 frame mosaic, images made with infrared, red, and violet filters were combined to create an enhanced, false-color view. Strongly backlit, the rings look bright away from the planet but dark in silhouette against the gas giant. Above center, they reflect a faint, eerie light on the cloud tops while Saturn casts its own dark shadow on the rings. A similar Cassini image from 2006 also featured planet Earth as a pale blue dot in the distance. Instead, this scene includes icy moons Enceladus (closer to the rings) and Tethys below the rings on the left.