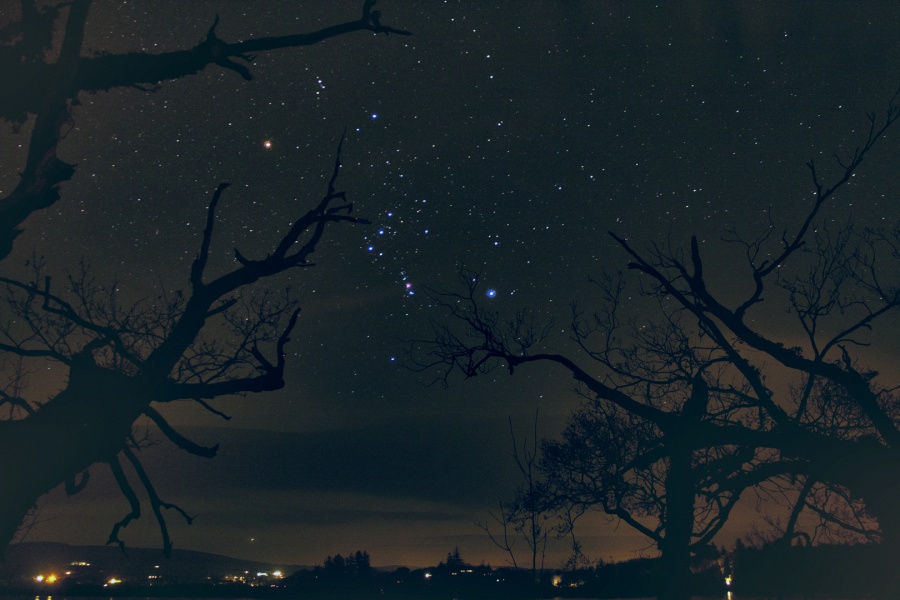 Explanation: Begirt with many a blazing star, Orion, the Hunter, is one of the most easily recognizable constellations. In this night skyscape from January 15, the hunter's stars rise in the northern hemisphere's winter sky, framed by bare trees and bounded below by terrestrial lights around Lough Eske (Lake of Fish) in County Donegal, Ireland. Red giant star Betelgeuse is striking in yellowish hues at Orion's shoulder above and left of center. Rivaling the bright red giant, Rigel, a blue supergiant star holds the opposing position near Orion's foot. Of course, the sword of Orion hangs from the hunter's three belt stars near picture center, but the middle star in the sword is not a star at all. A slightly fuzzy pinkish glow hints at its true nature, a nearby stellar nursery visible to the unaided eye known as the Orion Nebula.