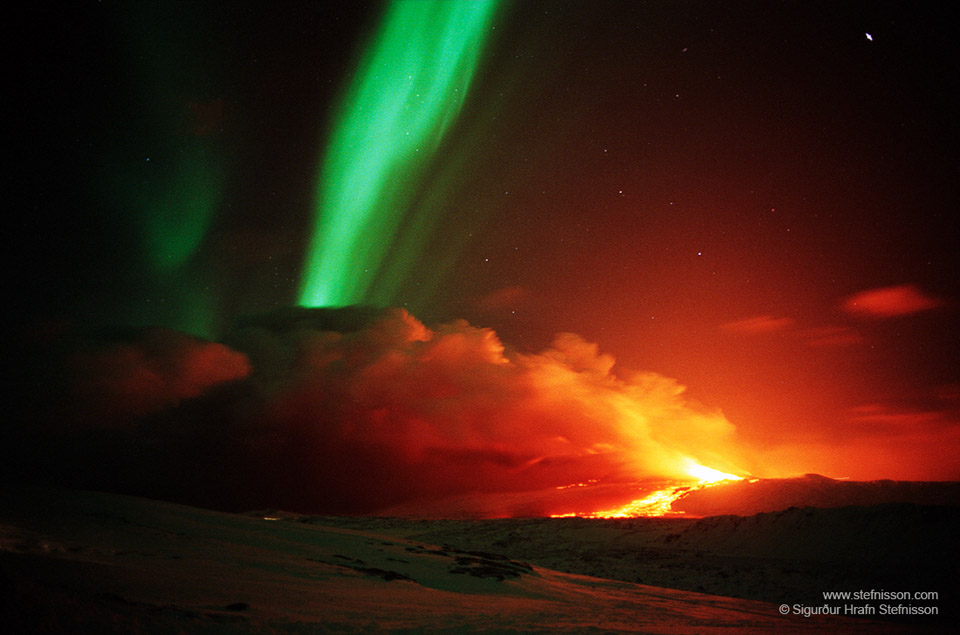 Explanation: Sometimes both heaven and Earth erupt. In Iceland in 1991, the volcano Hekla erupted at the same time that auroras were visible overhead. Hekla, one of the most famous volcanoes in the world, has erupted at least 20 times over the past millennium, sometimes causing great destruction. The last eruption occurred only twelve years ago but caused only minor damage. The green auroral band occurred fortuitously about 100 kilometers above the erupting lava. Is Earth the Solar System's only planet with both auroras and volcanos?