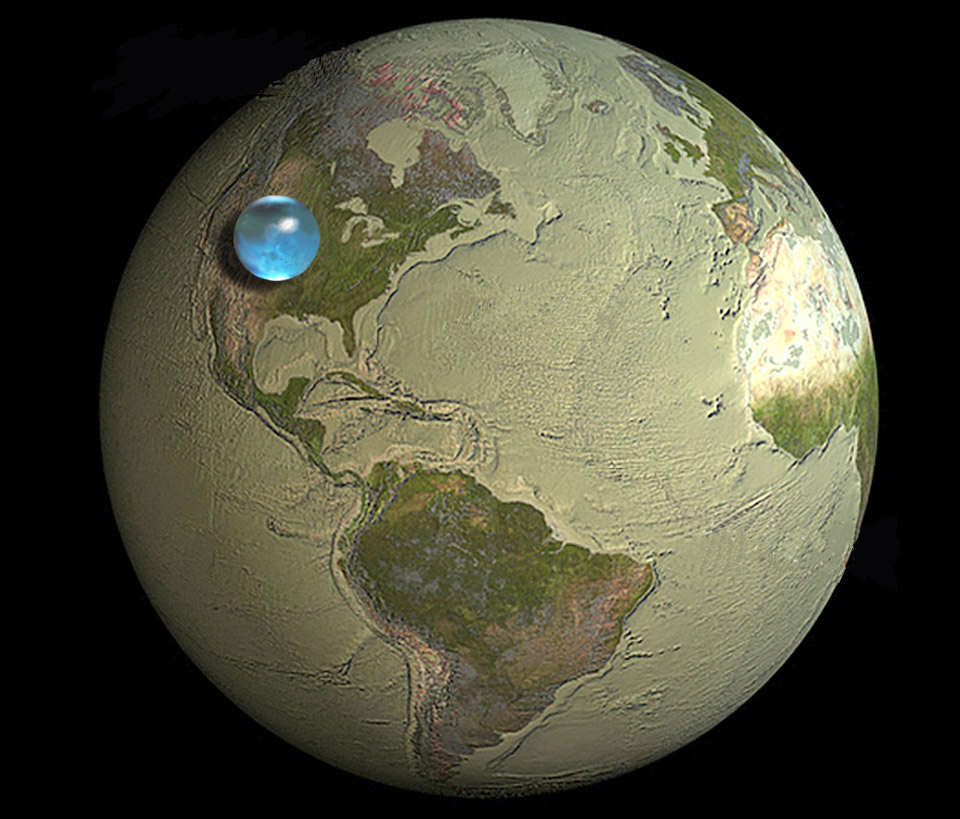 Explanation: How much of planet Earth is made of water? Very little, actually. Although oceans of water cover about 70 percent of Earth's surface, these oceans are shallow compared to the Earth's radius. The above illustration shows what would happen if all of the water on or near the surface of the Earth were bunched up into a ball. The radius of this ball would be only about 700 kilometers, less than half the radius of the Earth's Moon, but slightly larger than Saturn's moon Rhea which, like many moons in our outer Solar System, is mostly water ice. How even this much water came to be on the Earth and whether any significant amount is trapped far beneath Earth's surface remain topics of research.