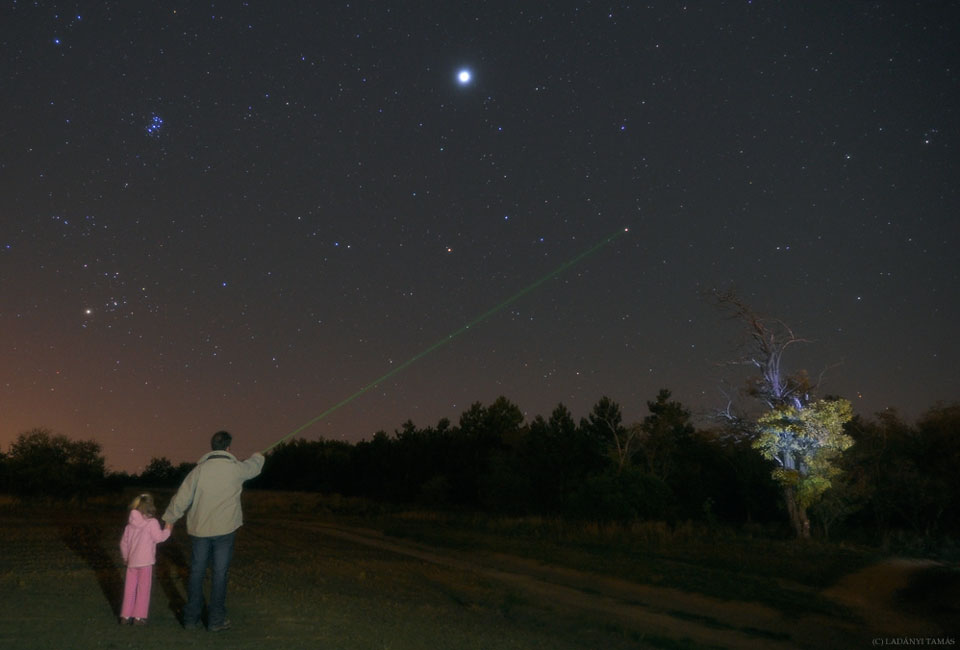 Explanation: The Omicron Cetians have been silenced. After alien-like monsters were reported to disturb his daughter's sleep for four nights in a row, this father took action. When last questioned, the daughter seemed to indicate that the hullabaloo might have come from a planetary system possibly sounding like "Omicron Ceti". Getting to the root of the problem, the dad then took his daughter outside and used a powerful laser to blast the alien's home world. Humorously, the parent star Omicron Ceti now shows itself to be unstable and is dramatically increasing its brightness. Happy April Fool's Day from the folks at APOD. In actuality, the star being pointed out is Mira, a famous variable star expected to reach its maximum brightness again in late August. The father in question was actually pointing out, to his daughter, the star that shares her name.