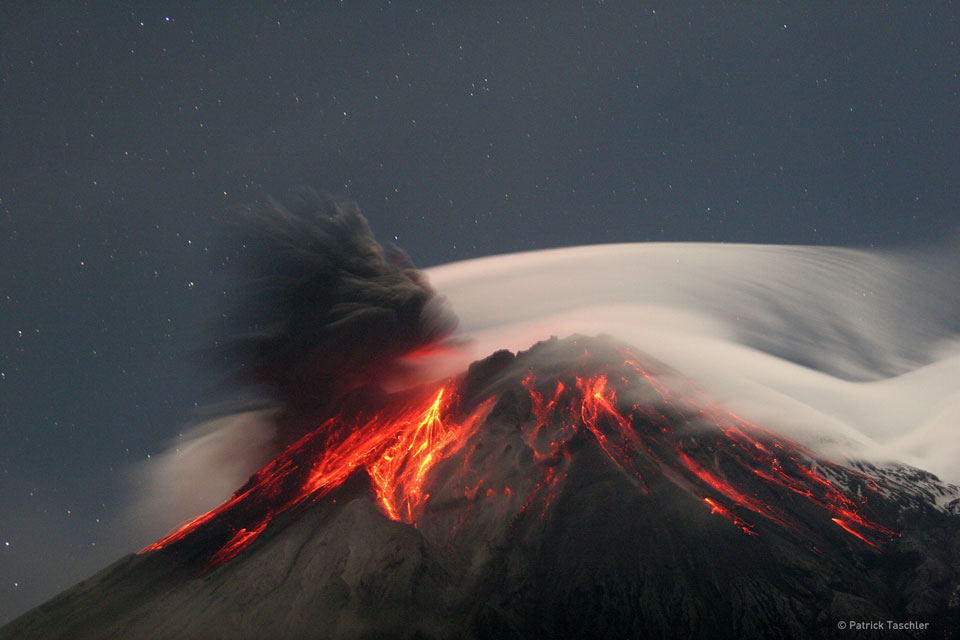 Explanation: Volcano Tungurahua sometimes erupts spectacularly. Pictured above, molten rock so hot it glows visibly pours down the sides of the 5,000-meter high Tungurahua, while a cloud of dark ash is seen being ejected toward the left. Wispy white clouds flow around the lava-lit peak, while a star-lit sky shines in the distance. The above image was captured in 2006 as ash fell around the adventurous photographer. Located in Ecuador, Tungurahua has become active roughly every 90 years for the last 1,300 years.