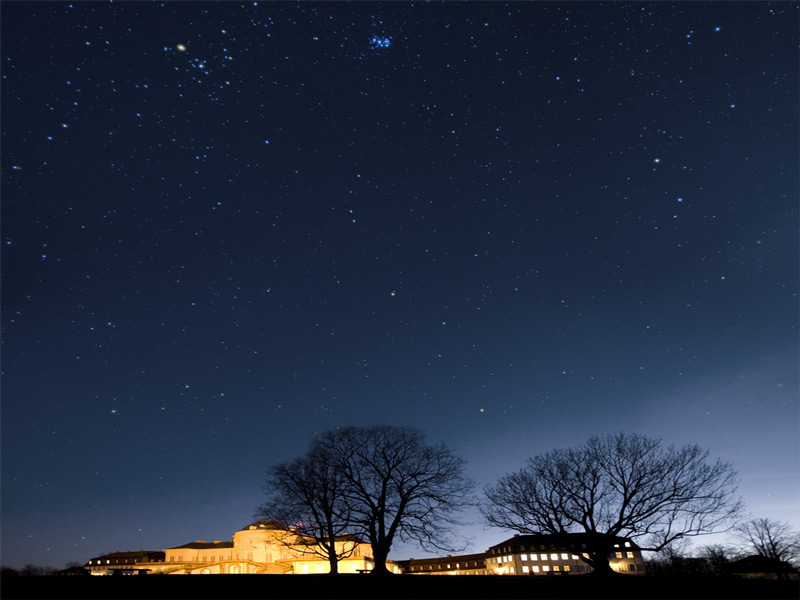 Explanation: What's that new star in the sky? The star might appear new, but it's actually just the variable star Mira near its brightest. Rolling your cursor over the above vertically compressed image will identify the unusual star Mira, a star that can change from practical invisibility to one of the brighter stars on the sky over the course of a year. Pictured above a castle in Stuttgart, Germany, last week, red giant star Mira appeared near its maximum brightness of magnitude 2. Although similar in mass to our Sun, Mira tenuous and cool atmosphere could extend out past the orbit of Mars, and achieve a luminosity over 10,000 times greater than our Sun. Mira is near the end of its life and its variability is somewhat erratic. Details of Mira's variability are still being researched, but the reason for Mira's pulsations are thought related to periodic changes in the thickness of parts of Mira's atmosphere. Recent high resolution images show that Mira is not even round. Mira lies 420 light years distant toward the constellation of the Monster Whale (Cetus). Mira will fade over the next 200 days, but climb back to naked-eye visibility early next year.