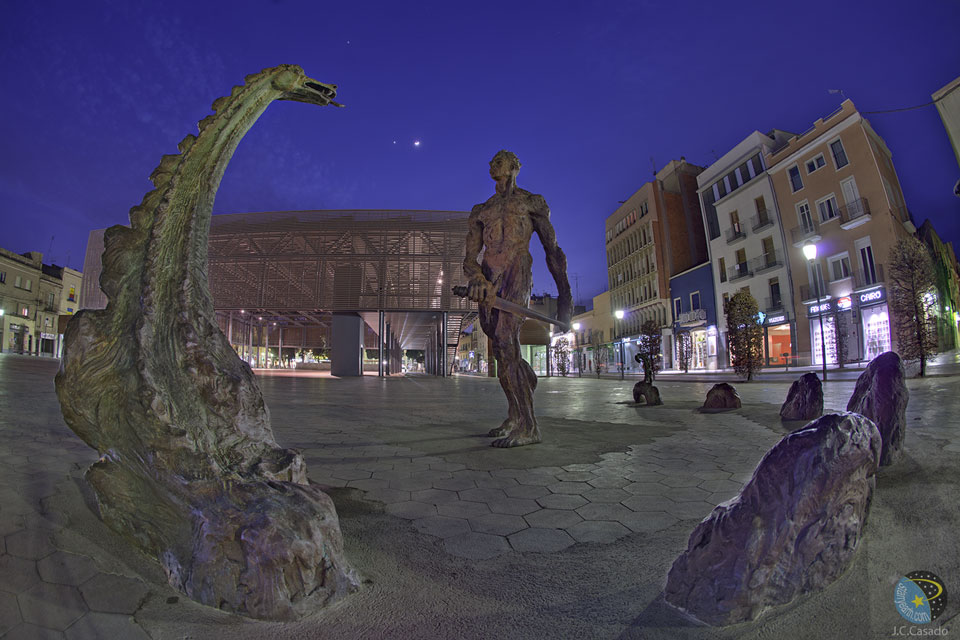 Explanation: Venus and Jupiter will appear unusually close in the sky over the next month. The planetary conjunction will be easily visible to the unaided eye because Venus will appear brighter than any background star, and Jupiter will be nearly as bright. To see the near-alignment, simply look to the west after sunset. At their closest, on March 15, the two planets will appear only about three degrees apart. The planets will not be significantly closer in space - Venus will just be passing nearly in front of Jupiter as seen from the Earth. In the above image composite taken late last week from Catalonia, Spain, a bright crescent moon appears to the right of Venus, while Jupiter appears near the top of the image. The distant sun-illuminated spheres were photographed behind a sculpture depicting the legendary battle between a warrior and a dragon. A gallery of conjunction images is visible on the Asterisk -- APOD's discussion board. Please feel free to contribute. The next Jupiter-Venus conjunction will occur in May 2013.