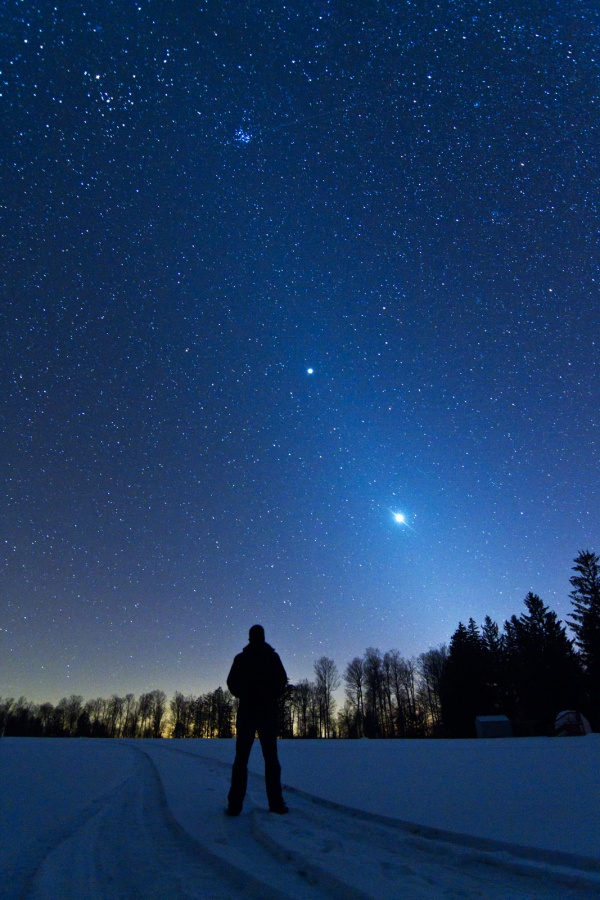 Explanation: Venus and Jupiter are this month's two brightest planets. Shortly after sunset on February 20, they dominate the sky above the western horizon and this snowy landscape. In clear and transparent skies over Cherry Springs State Park, Pennsylvania, USA, they are also seen immersed in Zodiacal light. The extended, diffuse, triangular glow is sunlight scattered by dust along the plane of the ecliptic. Brighter near the horizon, the Zodiacal glow angles upward, first to Venus and then to Jupiter hugging the ecliptic as they orbit the Sun. Fading even further, the glow stretches toward the lovely Pleides star cluster near the top of the frame. Following their appearance in this Zodiacal skyscape, the coming days will see Venus and Jupiter sharing the early evening sky with a young crescent Moon. The two bright planets are even headed for a close pairing or conjunction, separated by about 3 degrees on March 13.