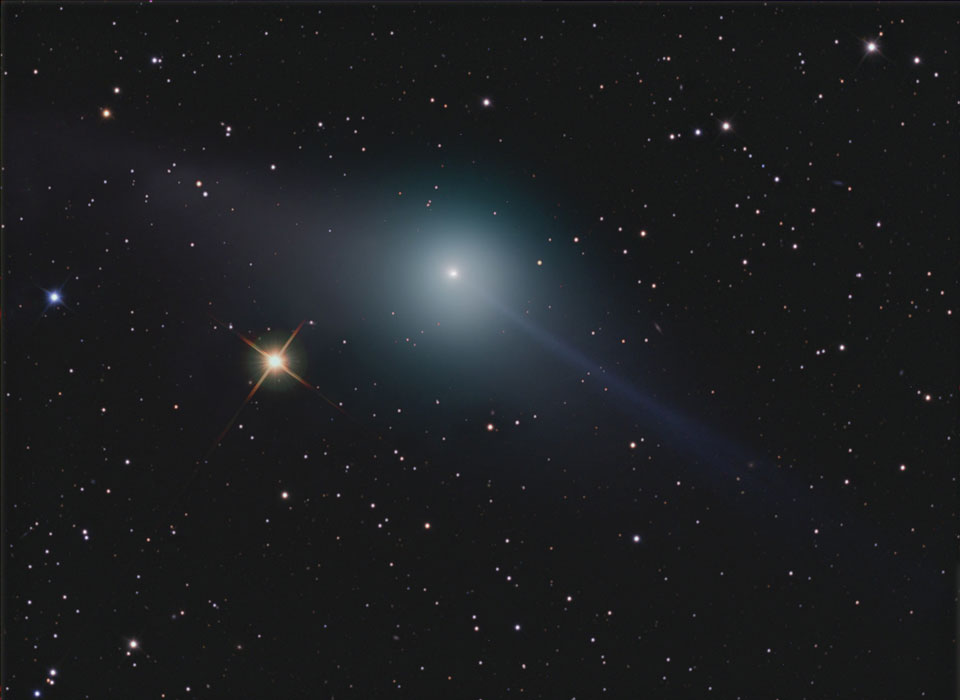 Explanation: Why does Comet Garradd have two tails? Visible on the left, Comet Garradd's dust tail is composed of ice and dust bits that trail the comet in its orbit around the Sun. Visible on the right, Comet Garradd's ion tail, is composed of ionized gas blown directly out from the Sun by the solar wind. Most comets show two tails, although it is unusual for them to appear to point in nearly opposite directions. Comet Garradd is currently showing opposing tails because of the Earth's opportunistic intermediate viewing angle. Subtle hues in the above image captured last week show the dust tail as slightly yellow as its large grains reflecting sunlight achromatically, while the ion tail shines slightly blue as the carbon monoxide ions reflect blue sunlight more efficiently. In the center, surrounding the comet's nucleus, is the green-tinted coma, so colored as it is a mix of dust and gasses that include green-emitting cyanogen. Although now drifting out from the Sun, Comet Garradd will make its closest approach to the Earth next week.