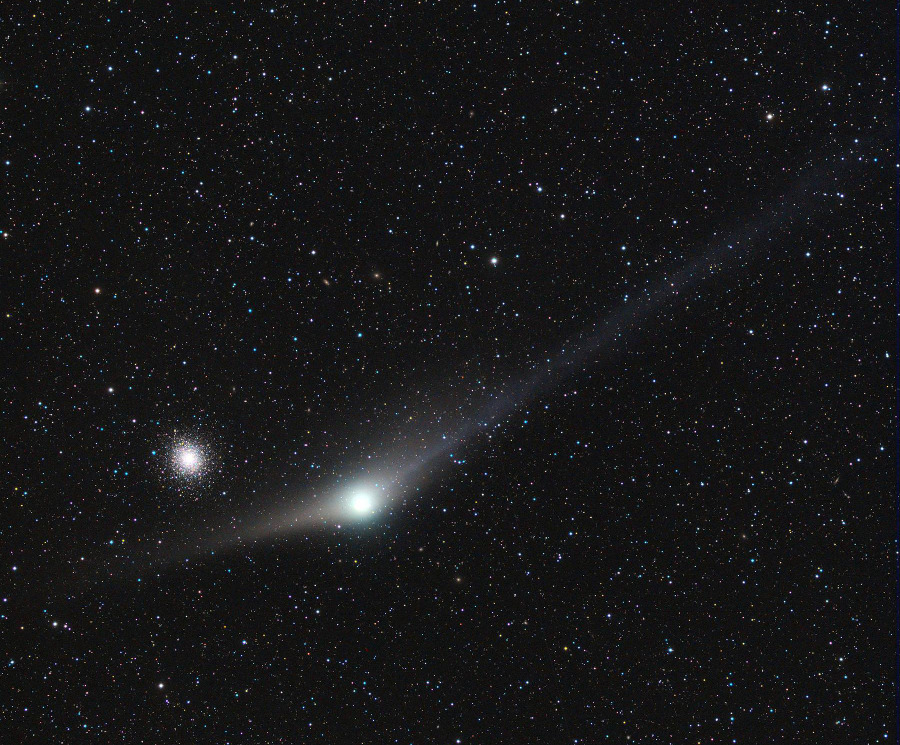 Explanation: Sweeping slowly through the constellation Hercules, Comet Garradd (C2009/P1) passed with about 0.5 degrees of globular star cluster M92 on February 3. Captured here in its latest Messier moment, the steady performer remains just below naked-eye visibility with a central coma comparable in brightness to the dense, well-known star cluster. The rich telescopic view from New Mexico's, early morning skies, also features Garradd's broad fan shaped dust tail and a much narrower ion tail that extends up and beyond the right edge of the frame. Pushed out by the pressure of sunlight, the dust tail tends to trail the comet along its orbit while the ion tail, blown by the solar wind, streams away from the comet in the direction opposite the Sun. Of course, M92 is over 25,000 light-years away. Comet Garradd is 12.5 light-minutes from planet Earth, arcing above the ecliptic plane.