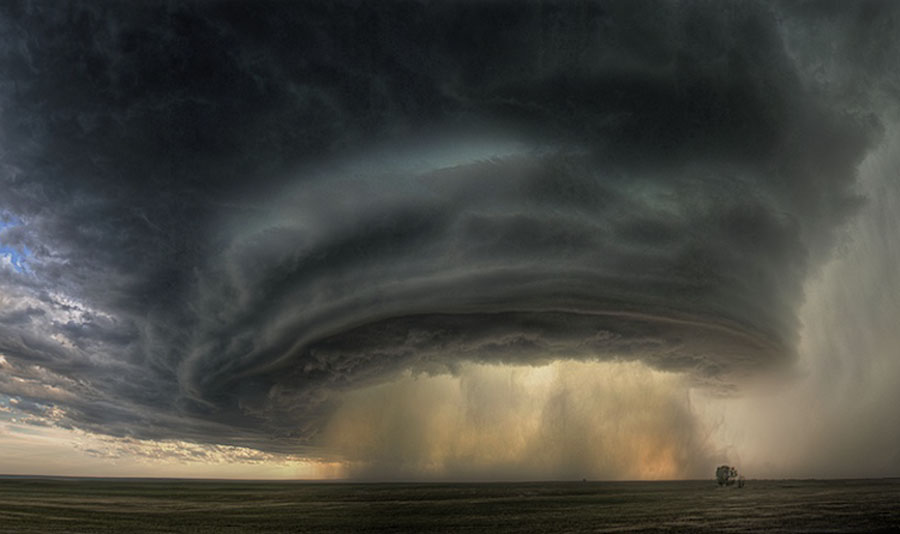 Explanation: Is that a spaceship or a cloud? Although it may seem like an alien mothership, it's actually a impressive thunderstorm cloud called a supercell. Such colossal storm systems center on mesocyclones -- rotating updrafts that can span several kilometers and deliver torrential rain and high winds including tornadoes. Jagged sculptured clouds adorn the supercell's edge, while wind swept dust and rain dominate the center. A tree waits patiently in the foreground. The above supercell cloud was photographed in July west of Glasgow, Montana, USA, caused minor damage, and lasted several hours before moving on.