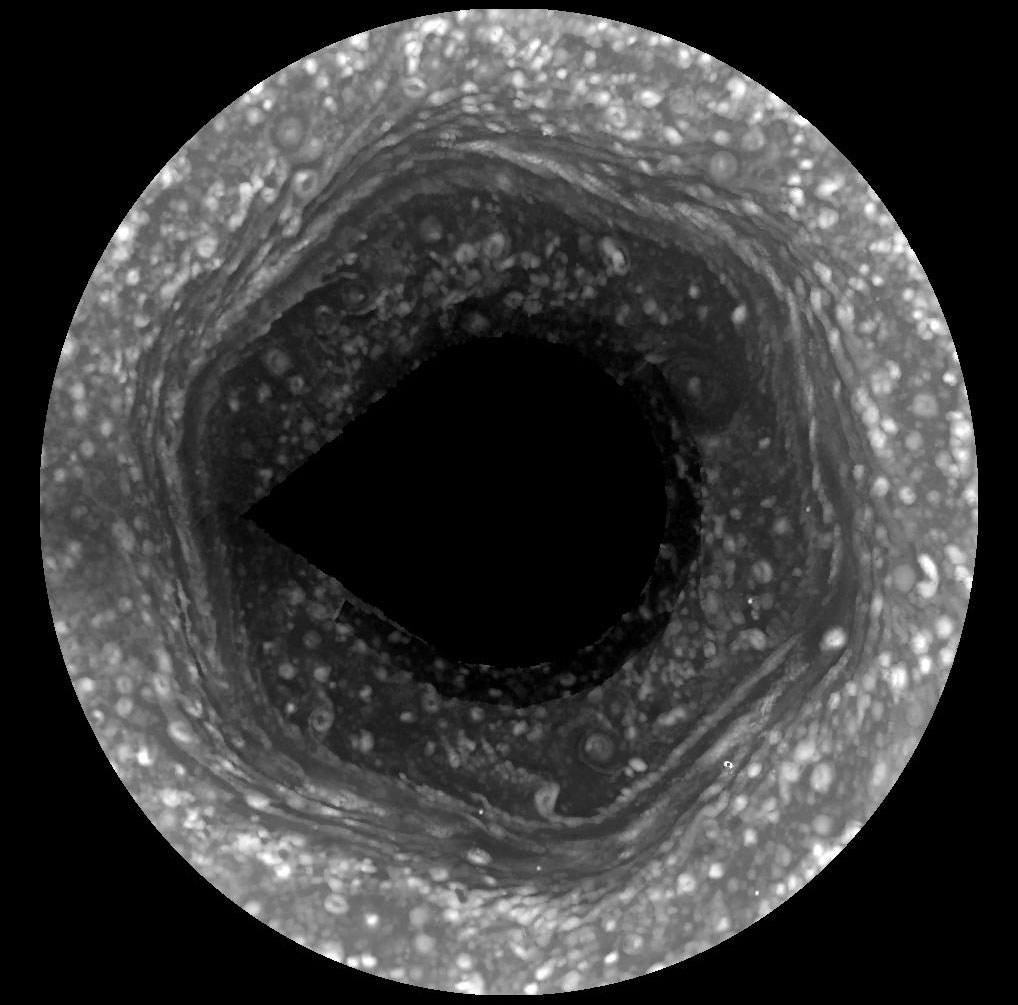 Explanation: Believe it or not, this is the North Pole of Saturn. It is unclear how an unusual hexagonal cloud system that surrounds Saturn's north pole was created, keeps its shape, or how long it will last. Originally discovered during the Voyager flybys of Saturn in the 1980s, nobody has ever seen anything like it elsewhere in the Solar System. Although its infrared glow was visible previously to the Cassini spacecraft now orbiting Saturn, in 2009 the mysterious hexagonal vortex became fully illuminated by sunlight for the first time during the Cassini's visit. Since then, Cassini has imaged the rotating hexagon in visible light enough times to create a time-lapse movie. The pole center was not well imaged and has been excluded. This movie shows many unexpected cloud motions, such as waves emanating from the corners of the hexagon. Planetary scientists are sure to continue to study this most unusual cloud formation for quite some time.