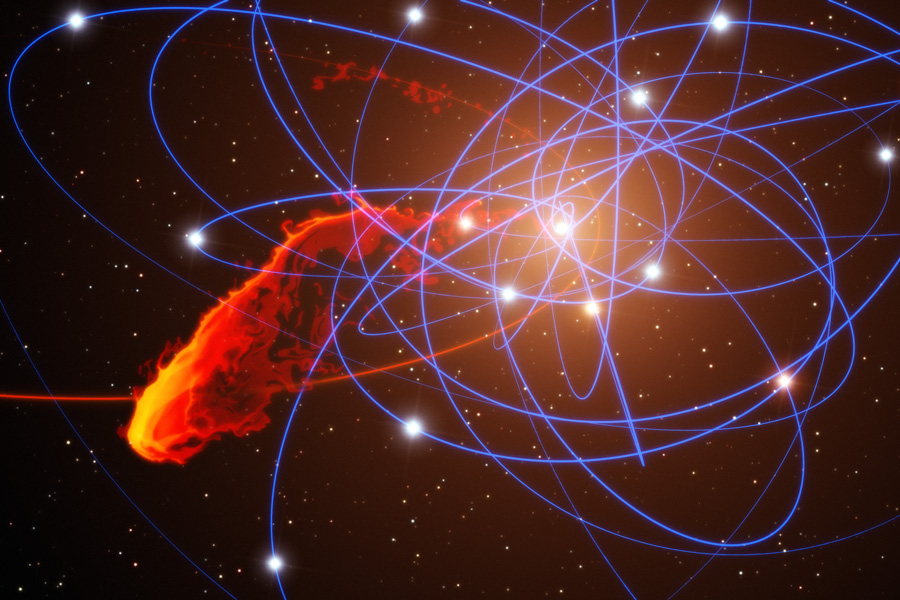 The Diner at the Center of the Galaxy
Illustration Credit: ESO/MPE/Marc Schartmann

Explanation: The monster at the center of our Galaxy is about to get fed. Recent observations by the Very Large Telescopes indicate that a cloud of gas will venture too close to the supermassive black hole at the Galactic center. The gas cloud is being disrupted, stretched out, heated up, and some of it is expected to fall into the black hole over the next two years. In this artist's illustration, what remains of the blob after a close pass to the black hole is shown in red and yellow, arching out from the gravitational death trap to its right. The cloud's orbit is shown in red, while the orbits of central stars are shown in blue. The infalling nebula is estimated to contain several times the mass of our Earth, while the central black hole, thought to correspond to the radio source Sagittarius A*, contains about four million times the mass of our Sun. Once it falls in, nothing is expected to be heard from the doomed gas ever again.