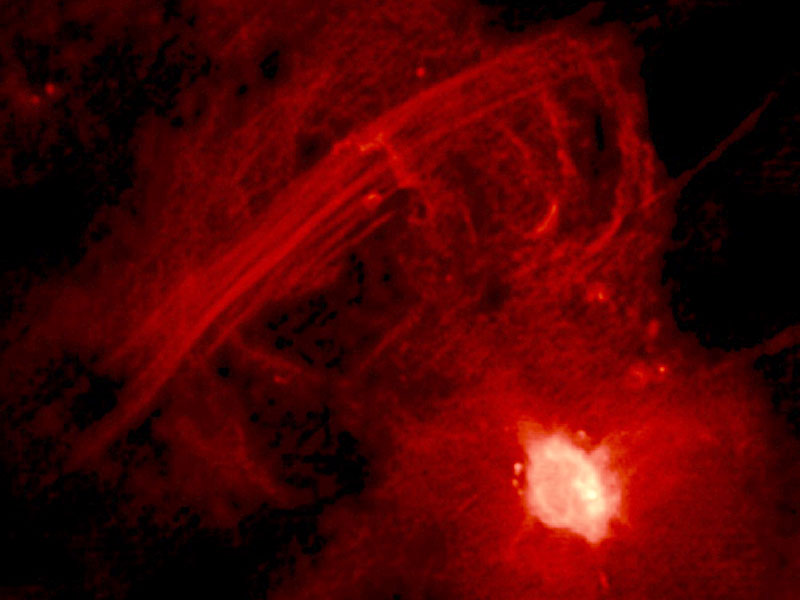 Explanation: What causes this unusual structure near the center of our Galaxy? The long parallel rays slanting across the top of the above radio image are known collectively as the Galactic Center Radio Arc and jut straight out from the Galactic plane. The Radio Arc is connected to the Galactic center by strange curving filaments known as the Arches. The bright radio structure at the bottom right likely surrounds a black hole at the Galactic center and is known as Sagittarius A*. One origin hypothesis holds that the Radio Arc and the Arches have their geometry because they contain hot plasma flowing along lines of constant magnetic field. Images from the Chandra X-ray Observatory appear to show this plasma colliding with a nearby cloud of cold gas.