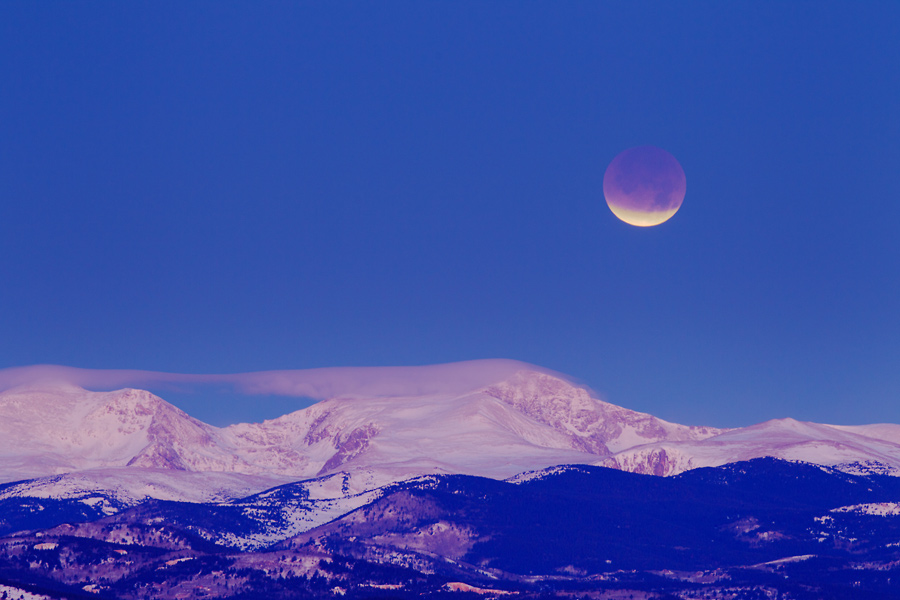 Explanation: December's lunar eclipse graced early morning skies over the Rocky Mountains in Colorado, USA. There, this wintry scene finds the Moon in a cold blue twilight sky near the western horizon, above the snowy North American Continental Divide. About 22 minutes before the sunrise, the reddened lunar disk is almost completely immersed in Earth's dark shadow. This dramatic Rocky Mountain moon set during the eclipse total phase. But all parts of the geocentric celestial event were seen from Pacific regions, Asia, and Australia, including the entire 51 minutes of totality, and parts of the final eclipse of 2011 were shared in skies around much of planet Earth.