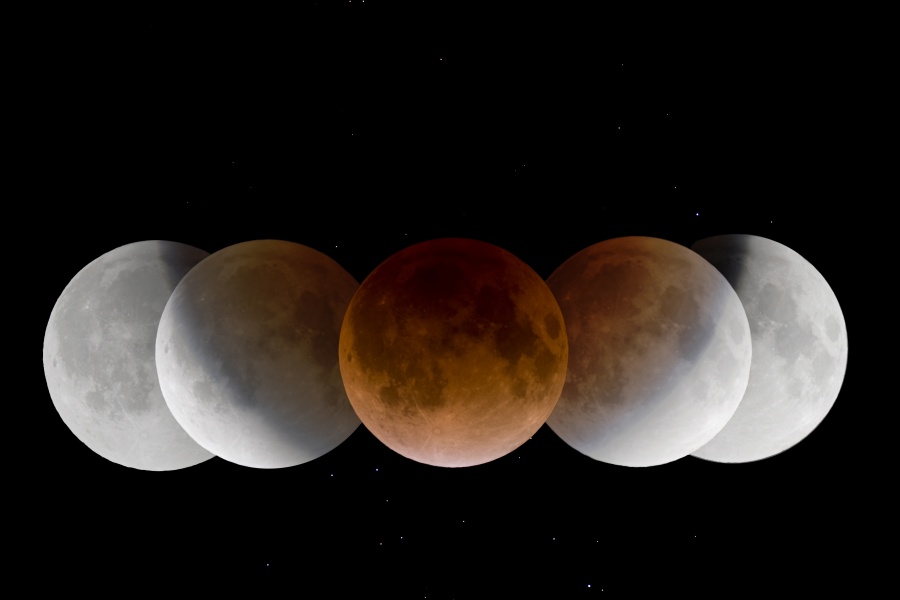 Explanation: The dark, inner shadow of planet Earth is called the umbra. Shaped like a cone extending into space, it has a circular cross section most easily seen during a lunar eclipse. For example, last Saturday the Full Moon slid across the southern half of Earth's umbral shadow, entertaining moonwatchers around much of the planet. In the total phase of the eclipse, the Moon was completely within the umbra for 51 minutes. Recorded from Beijing, China, this composite eclipse image uses successive pictures from totality (center) and partial phases to trace out a large part of the umbra's curved edge. Background stars are visible in the darker eclipse phases. The result shows the relative size of the shadow's cross section at the distance of the Moon, as well as the Moon's path through Earth's umbra.