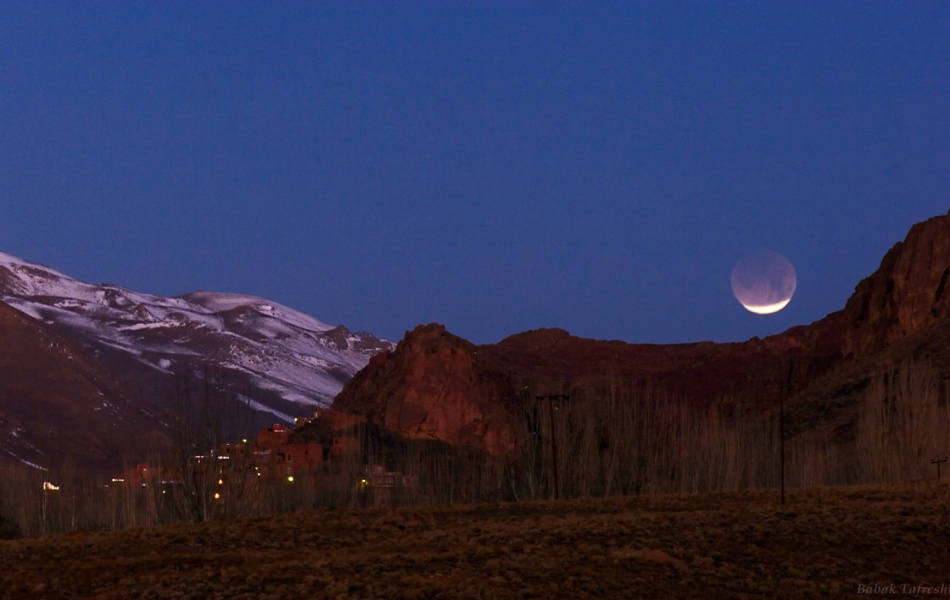 Explanation: Tomorrow, December 10, the Full Moon will slide through planet Earth's shadow in a total lunar eclipse. The entire eclipse sequence, including 51 minutes of totality, will be visible from Asia and Australia, but moonwatchers in Europe and Africa will miss out on the beginning partial phases because for them, the eclipse will start before moonrise. In central and western North America the earlier phases of the eclipse will be in progress as the Moon sets. In fact, while those in the east will miss out, North Americans far enough west could see a scene very much like this one, with a mostly eclipsed Moon low and near the western horizon during morning twilght. This morning twilight view of another lunar eclipse approaching its total phase at moonset was captured in 2008 on February 21, from the Zagros Mountains of Iran.