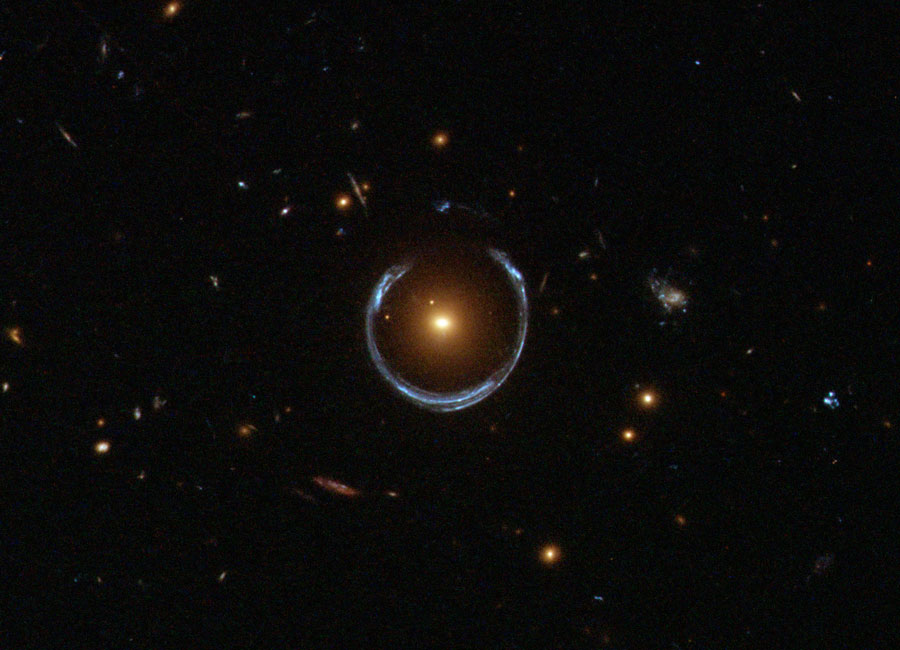 Explanation: What's large and blue and can wrap itself around an entire galaxy? A gravitational lens mirage. Pictured above, the gravity of a luminous red galaxy (LRG) has gravitationally distorted the light from a much more distant blue galaxy. More typically, such light bending results in two discernible images of the distant galaxy, but here the lens alignment is so precise that the background galaxy is distorted into a horseshoe -- a nearly complete ring. Since such a lensing effect was generally predicted in some detail by Albert Einstein over 70 years ago, rings like this are now known as Einstein Rings. Although LRG 3-757 was discovered in 2007 in data from the Sloan Digital Sky Survey (SDSS), the image shown above is a follow-up observation taken with the Hubble Space Telescope's Wide Field Camera 3. Strong gravitational lenses like LRG 3-757 are more than oddities -- their multiple properties allow astronomers to determine the mass and dark matter content of the foreground galaxy lenses.