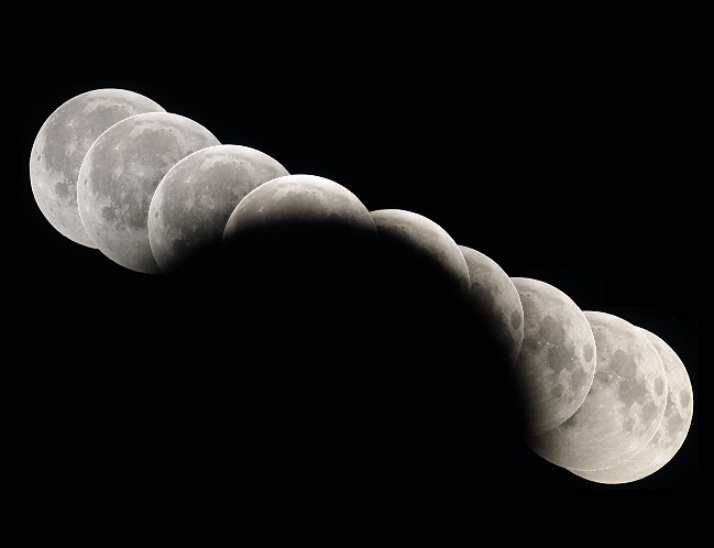 Explanation: The dark, inner shadow of planet Earth is called the umbra. Shaped like a cone extending into space, the umbra has a circular cross section that can be most easily seen during a lunar eclipse. For example, last Saturday the Full Moon slid across the northern edge of the umbra. Entertaining moon watchers throughout Earth's eastern hemisphere, the lunar passage created a deep but partial lunar eclipse. This composite image uses successive pictures recorded during the eclipse from Athens, Greece to trace out a large part of the umbra's curved edge. The result nicely illustrates the relative size of the umbra's cross section at the distance of the Moon, as well as the Moon's path through the Earth's shadow.