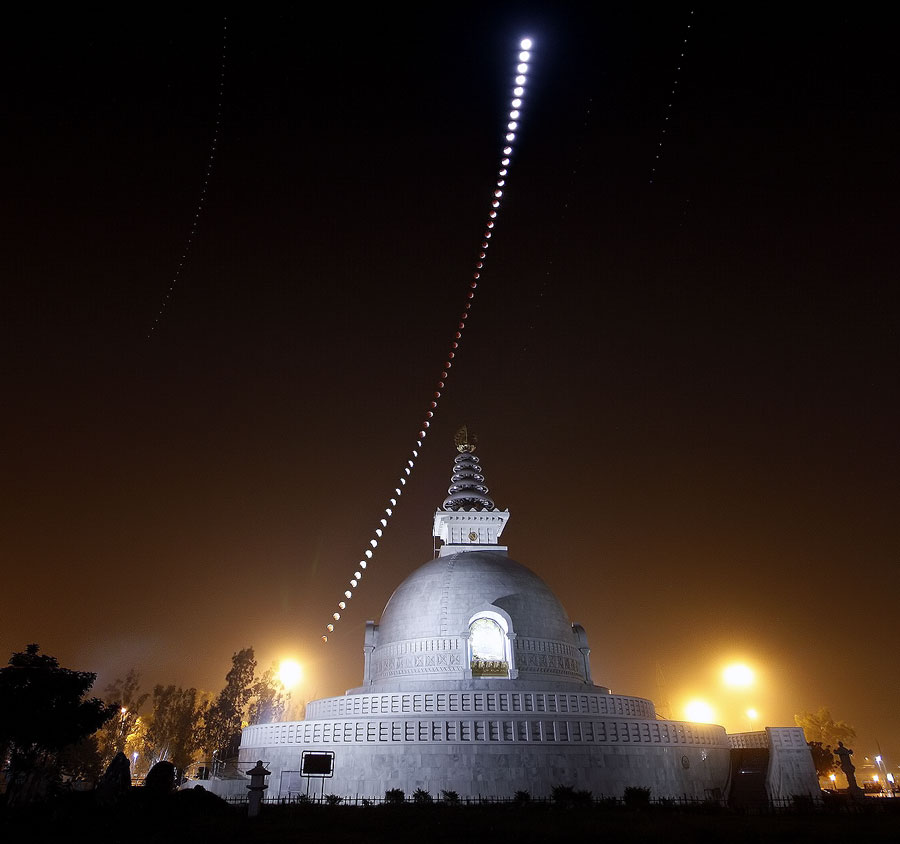 Explanation: Our Moon turned red last week. The reason was that during December 10, a total lunar eclipse occurred. The above digitally superimposed image mosaic captured the Moon many times during the eclipse, from before the Moon entered Earth's shadow until after the Moon exited. The image sequence was recorded over a Shanti Stupa Peace Pagota near the center of New Delhi, India. The red tint of the eclipsed Moon was created by sunlight first passing through the Earth's atmosphere, which preferentially scatters blue light (making the sky blue) but passes and refracts red light, before reflecting back off the Moon. Differing amounts of clouds and volcanic dust in the Earth's atmosphere make each lunar eclipse appear differently. The next total lunar eclipse will occur only in 2014.