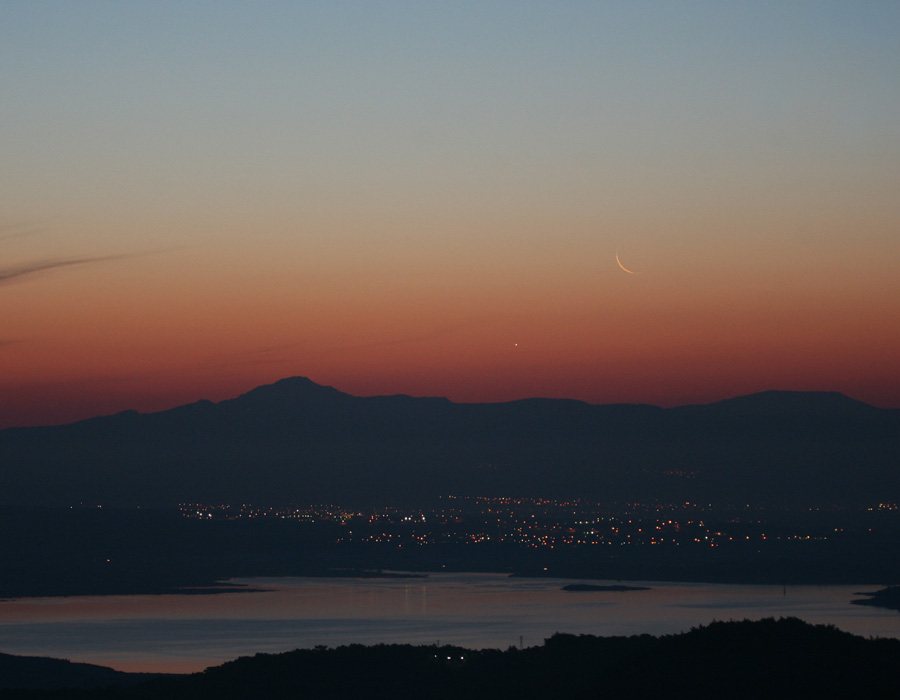 Explanation: Brilliant Venus and a thin crescent Moon stood together above the eastern horizon just before sunrise on June 30. The lovely celestial pairing is captured in this colorful twilight skyview overlooking a reservoir near Izmir, Turkey. For some, the close conjunction could be viewed as a daylight occultation. While Venus is nearing the end of its latest performance as planet Earth's morning star, the old lunar cresent, about 24 hours from its New Moon phase, was also bidding farewell for now to the dawn. In fact, for the next two nights a young Moon can be spotted just after sunset. Look for a thin sunlit sliver close to the western horizon, not far from bright planet Mercury.