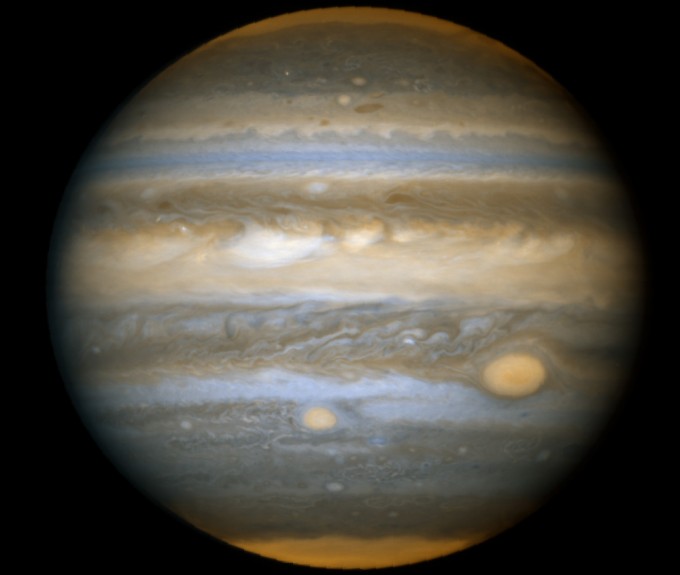 Explanation: Jupiter's Great Red Spot is a swirling storm seen for over 300 years, since the beginning of telescopic observations. But in February 2006, planetary imager Christopher Go noticed it had been joined by Red Spot Jr - formed as smaller whitish oval-shaped storms merged and then developed the remarkable reddish hue. This sharp Hubble Space Telescope image showing the two salmon-colored Jovian storms was recorded in April. About half the size of the original Red Spot, Red Spot Jr. is similar in diameter to planet Earth. Seen here below and left of the ancient storm system, it trails the Great Red Spot by about an hour as the planet rotates from left to right. While astronomers still don't exactly understand why Jupiter's red spots are red, they do think the appearance of Red Spot Jr. provides evidence for climate change on the Solar System's ruling gas giant.